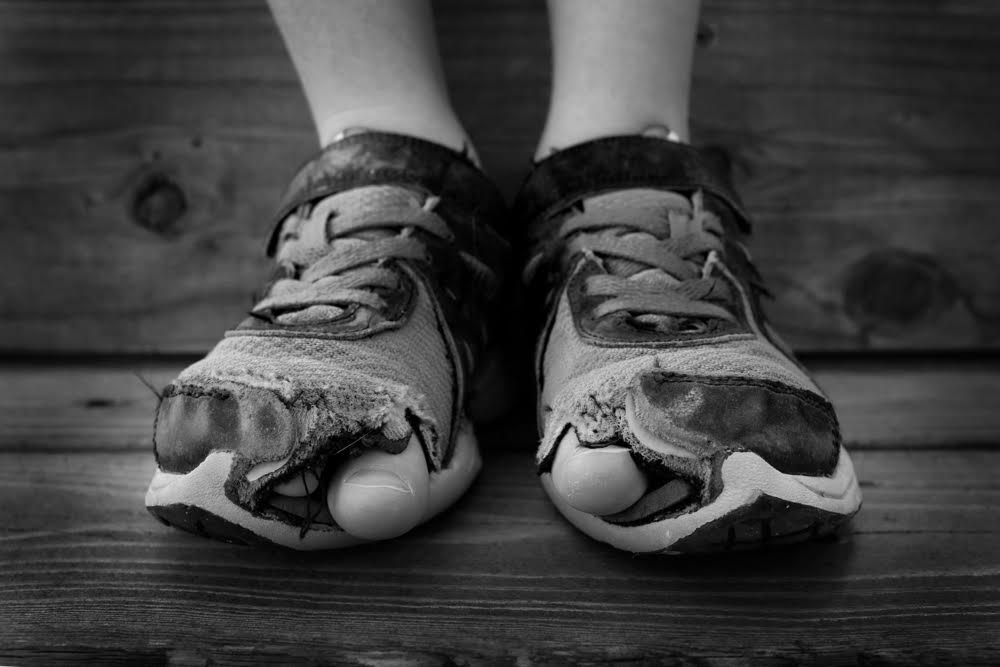 What is poverty? Poverty is a state of impoverishment, lack, or scarcity of certain resources that the individual or country needs to achieve and sustain good health, happiness, and well-being. No school of thought can provide a simple explanation of the causes of poverty. Poverty is a complex phenomenon that includes spiritual, moral, social, intellectual, and physical elements that uplift or oppress the poor.

Is poverty a natural phenomenon in our postmodern era, or engineered inadvertently, as a function of wealth creation? Macro level causes such as the state of the economy, lack of educational and technological infrastructure, geographic dislocation, epidemics, and other environmental conditions seem to underpin poverty.

Undeniably, some poverty has its origins in the inherent human incapacity to overcome complex psychological problems, some uninspired individuals who lack a future orientation, lack of motivation, and lack of desire and self–determination that can unleash people from the stranglehold of poverty. Notwithstanding, this article is a brief philosophical discourse of the unmanaged growth in poverty around the world and some of the behaviors that perpetuate poverty.

From a Western historical perspective, some poverty has its roots in slavery, and other structured and systemic disadvantages. The pages of history paint a stark picture of some of these disadvantages such as the chronicle of Eric Williams (1911–1981). Capitalism and Slavery (London: Andre Deutsch Limited © 1944 by Eric Williams).

Poverty is universal to all races, to a greater or lesser extent. Nevertheless, we highlight the historical phenomenon known as “Black” African Slavery that raged across North America, the Caribbean, South America, Europe, and parts of Africa. Likewise, labor exploitation followed by the agricultural age (1600s–1900s) with uncompensated, unregulated, and unfair compensation for slavery and post–slavery labor.

These economic inequities extended into the eighteenth and nineteenth centuries of the industrial era (1800s–1900s). At the same time, the development of colonialism, apartheid, and global industrial expansion was emerging as a new phenomenon for the creation of wealth in the West, concurrent with abject poverty. The aftershocks still resonate in the twenty–first century. This epoch underpinned “Black” African Slavery.

On a more global scale, Indigenous peoples throughout the world have also fallen victim to other forms of “poverty creating oppression” by the most powerful nations of the Earth, underpinned by the ravages of war, genocide, unfair indigenous land resettlement and broken treaties. The scars of these atrocities have left deep and empirical evidence such as structural poverty, family instability, poor education, lingering unemployment, internalized violence, low self-esteem, depression, and suicide among many generations down to the present time.

THE ROOTS AND TRAJECTORY OF SOME POVERTY

The roots and trajectory of some poverty seem to mirror the roots and trajectory of wealth creation. Notwithstanding, intentionally or unintentionally, each of us contributes to, and perpetuate some poverty by the way we live. We cause hardship to our wives, husbands, and children when we walk away from the household, as we claim “irreconcilable differences,” as our “moral alibi” for breaking vows and abandoning the family.

When we deal unfairly in business relationships, we cause hardships to our business partner(s) and jeopardize the economic security of employees of the company. Today, we hear of indiscriminate PONZI schemes that devastate individuals and families —economically, plunging many families into financial ruin.

When parents and teachers fail to inspire students, they advertently plant “seeds of doubt” about capacity, which underpins poverty and hardship. Evidently, many other circumstances that lead to poverty such as racial prejudice, systemic racism, social and economic injustices, and marginalization. There is no singular cause of poverty.

We can delineate this global crisis as due to growth in population, mass immigration, education gap, the knowledge gap, the technological and employment gap, an imbalance in trade, inequity, the cost of production, natural and humanly inspired disasters, use of “big data,” and wars. From tribal and militia wars to our complex modern wars with the most expensive and sophisticated modern technologies, deficit-financed. These adventures and associated expenditures divest from endeavors to eradicate poverty to fuel the burgeoning cost of postmodern wars (http://www.globalissues.org/article/75/world-military-spending).

Wealthy nations pledge between 0.19% – 0.99% as a percentage of their Gross National Product (GNP) to aid-poor nations (Source: OECD, The World Bank Development Assistance Committee. Date Verified 3.15.2012). This nobility could be a boon for the underdeveloped and developing countries; however, wars, refugees of war, and the rise in natural and human-made disasters suffocates substantial growth of charity dependent nations. Is there a need for charity or justice?

The current overwhelming need for welfare, food banks and micro funding of programs, should tell us that something has gone monumentally wrong in our world of wealth creation and wealth imbalance. There is an urgent need for people to examine their spiritual responsibility to each other, which has fallen to religious, cultural, social, and economic self–interest, fueled by the phenomenon of violence as the way to solve human problems and the path to peace. 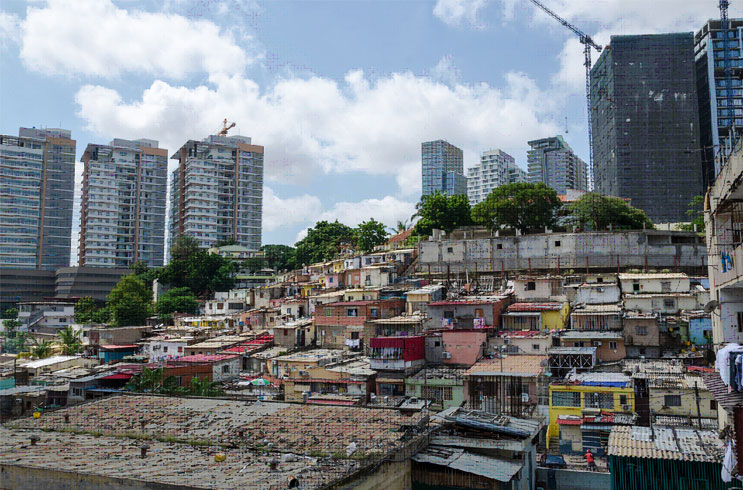 Many underdeveloped and developing nations have vast reserves of natural resources, yet! Their large populations face perpetual poverty and impoverishment. Is it not attributable, in part, to the hoarding of strategic resources by stronger nations, the lack of technological empathy, imbalance trade, and the inequitable payments for natural resources, often non–renewable? One can argue that the global economy leaves behind eighty percent (80%) of the inhabitants of the Earth, as the other twenty percent (20%) reap the greater benefits of God’s creation. (The 80–20 Rule By Arthur W. Hafner, Ph.D. March 31, 2001, Vilfredo Pareto (1848–1923) (Pareto’s Principle)).

The devastating impacts of poverty on people, on world peace, and on global stability at the dawn of the twenty–first century seem to raise the consciousness of the world. Promises to eradicate poverty, hunger, crime, and hopelessness are repeated decade after decade as a testament to each nation’s awareness.

Despite the noble goals of the UN over the decades, and noble intentions of G8 and G20 nations, the word, crisis, is now associated with the state of the poor and hungry in the world. More worrisome, too many world watch organizations, is the fact that poverty and hunger are growing among underdeveloped, developing, and developed nations alike.

Paradoxically, the imbalance of wealth between “haves” and “have-nots” individuals and nations grow exponentially with each passing decade each time the economy enters into another cycle. The intelligent observer might be inclined to argue that some form of social and economic engineering is at the heart of poverty. The recurring rise and fall of the national and international economy, is an implicit guarantee that as modern households begin to see a glimmer of light through the dark clouds of the economy another much more ominous cloud overshadows their hope.

Our great efforts over the centuries have not sufficiently produced gross measurable statistical progress regarding a quantifiable reduction of national and international conflicts, genocide, hopelessness, poverty, hunger, depression, and human suffering. Our postmodern era is not a bastion of international peace and harmony nor has it achieved universal social and economic equity in the world.

Global meetings and conferences by the G8 and G20 nations seem to result in ambitious new mandates, but they tend to move deadlines into the future, for finding solutions to human problems that grow more complex with each passing decade. Global and corporate leaders at the critical Level 1: Strategic Decision Making (SDM) can seek a deeper understanding of the formidable effort by human beings to solve the problem of poverty have focused on the symptoms, rather than on the “causes” of human problems, which lie in the human spirit.

In the modern corporate sense, there are three tiers of leaders and leadership (I) Level I _Strategic Leaders, (II) Level II _Tactical Leaders, and (III) Level _Operational Leaders (Reference: Figure 2.)

The three tiers generic leadership hierarchical structure (Figure 2) is critical to understanding how to define leadership by distinct nations and levels, by vision, mission and operations, underpinned by discrete titles, roles, responsibilities, and accountabilities within organizations, institutions, governments and the international community.

WHAT CAN RELIGIOUS INSTITUTIONS DO?

Religious organizations, in particular, the Western church, boldly proclaim the words of Jeremiah, one of Judah’s greatest prophets, who advises: “O Lord, I know the way of man is not in himself; It is not in man who walks to direct his own steps” (Jeremiah 10:23 NKJV).

The Church can take the lead in bringing about this understanding, but the church can only do so in the context of a New Mission Critical Direction (NMCD). An NMCD is primarily invigorating the old mission; (1) feed the hungry; (2) clothe the naked; (3) shelter the homeless, and (4) visit the imprisoned (Matthew 25:31–36). Likewise, it is a re-examination of the administration of human laws, in light of higher “spiritual” laws.

The endless demands for scientific and technological advancements dictate the way the world works; from the creation of wealth and inadvertent poverty to global demands for scarce resources; global competition for jobs and manufacturing; environmental degradation and global warming, to world social and economic imbalance. These fields of applied science and technology do not pose a threat to the sovereignty of the church, but they influence the constituent at a survival level.

Habitually, we lament the estrangement of our youth, and youth behavior, and claim that the religious virtues of the past no longer pose a spiritual, moral, and social constraint on them. Some would rightly assert that the postmodern youth culture has adverse effects on youth behavior and that youths are disconnecting from parents and society, and some are joining the throngs of poor in our postmodern world. Ironically, our youths are not receiving great leadership and authority as well, evidenced by failed world leadership at every level of society.

Global leaders need to engage their nation’s youths as they develop “Integrity 500” institutions, organizations, and corporations where they will work. These businesses corporations that subscribe to, and exhibit the highest standards of corporate integrity, using such indices as overall employment equity; employee satisfaction; disciplined leadership; fair trade; impartial adjudication of complaints; youth scholarships, and superior corporate citizenship as their guide. What is Poverty? Is charity the answer?