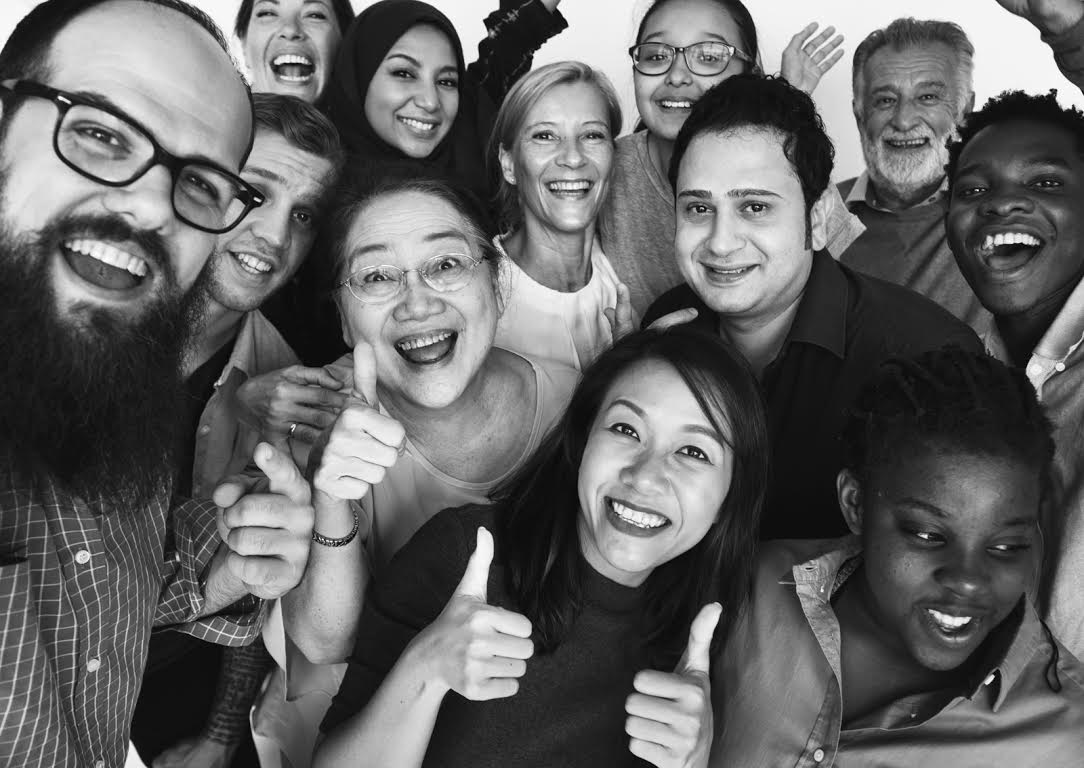 “We hold these truths to be self-evident: that all men are created equal; that they are endowed by their Creator with certain unalienable rights; that among these are life, liberty, and the pursuit of happiness.”

Who does not want to be happy? People’s “search for happiness” rarely take into consideration their country of birth, race, religion, culture, and colour as factors that empower or impede their happiness. Many can attest to unhappy experiences, attributed to these and other factors such as their gender, height, weight, and accent. On a global scale, some people have used these human characteristics (inherent and acquired) as a pretext to harm other human beings, over past centuries, and up to the twenty-first century.

There is breathtaking beauty in the diversity of the human family, and all members, regardless of race, religion, culture, or colour, deserve the same benefits of fairness, justice, equality, equity, and empathy. They deserve to have the same love, peace, hope, mercy, and compassion. Likewise, nutrition, nurturing, education, employment, healthcare, and happiness. These attributes of a happy environment are the extension of the inalienable rights of human beings endowed by our Creator; “…among these are life, liberty, and the “pursuit of happiness” — Thomas Jefferson (1743–1826).

HAPPINESS IS A BIRTHRIGHT:

Happiness is a birthright (Spiritual, Inherent, and Constitutional). Likewise, when people view the human species from the perspective of religion, science, or observation, it affirms (1) our sovereignty, (2) the intrinsic link among all humankind, and (3) the oneness of humanity. These three major factors are salient to human survival as a viable species. Hence, the necessity to strive to create a healthier and happier world, and to elevate the search for happiness as an interdependent search rather than an independent search.

Anthropologists characterize people by ‘race’ as opposed to human beings created by God. Can anthropology better inform us of our origin, purpose, and destiny? In Article 1, Copyright © UNESCO 1979 (United Nations Education, Scientific and Cultural Organization), p. 11.). UNESCO made the following declaration:

“All human beings belong to a single species and are descended from a common stock. They are born equal in dignity and rights and all form an integral part of humanity.” (Declaration on Race and Racial Prejudice (adopted by the General Conference of UNESCO at its twentieth session, Paris, November 1978).

Observably, human beings behave in a manner that is attributable to their conditioning such as family and country of birth, cultural norms, religious upbringing, nutrition, nurturing, and the state under which they live. Moreover, all human beings have a mutual responsibility to help others to make their most significant contribution to foster a better world. To do otherwise is to diminish the human capacity for growth and development. UNESCO 1979 further declares:

“All peoples of the world possess equal faculties for attaining the highest level of intellectual, technical, economic, cultural and political development. The difference between the achievements of the different peoples is entirely attributable to geographical, historical, economic, social and cultural factors. Such differences can in no case serve as a pretext for any rank-ordered classification of nations or peoples” (Preamble, Article 1. 4, 5, Copyright © UNESCO 1979, p. 12.).

The legacy of the human family is an indelible trail of unhappiness, underpinned by “conflict of differences.” The challenges that confront the postmodern age is our reluctance to invite (without class distinction) all races, religions, cultures, and colours to the “Table of Civilization” (TOC) in the “pursuit of happiness” that is mutual. Despite some of the conditions that negatively affect the state of our world, some people enjoy a happy life, even an optimum happy life, which is a higher value proposition than our typical notion of happiness.

The origin of life, hope, and destiny of humankind is understood, only through multiple prisms (Biblical, scientific, and observation). Some schools of thought remind us that we are travelers with similar aspirations, pitfalls, challenges, rewards, and opportunities to live a happy life. Some people claim that they alone can make themselves happy. Indisputably, characteristics such as race, religion, culture, colour, height, size, and gender make some individuals unhappy with their lives. Moreover, some of these human characteristics (inherent and nurtured) are the leading causes of conflict with others.

Most individuals would subscribe to the premise that human beings are born equal, deserving of fairness and justice as alienable rights. Notwithstanding, differences in race, religion, culture, and colour, the most identifiable characteristics of human beings often belie such beliefs. Likewise, they influence the way in which people interact at some level. These reflections have led to the conclusion that all races possess equal capabilities for good and evil. We are spiritual beings endeavoring to master the human experience, dominated by our physical existence in a material world.

From a global perspective, the awareness of this dual existence should heighten our capacity to influence the world with spirit, presence, empathy, and authenticity to imbue parallel growth, worth, and happiness in others. People view others through the “lenses of their worldview.” They may also consider themselves different, or even superior to others. How does the individual overcome unhappy situations over which he or she may not have total control? Where does hope lie?

HAPPINESS — A GREATER HOPE FOR HUMANITY:

Hope and happiness must begin with knowing that we have jurisdiction over our sovereignty. Likewise, people can begin with an understanding that every race and culture have similar fears, tears, sufferings, joys, hopes, and aspirations. The main difference between people is how they respond to needs, wants, threats, priorities, and emergencies. This understanding should help in the “search for happiness” as a “national happiness endeavor.” We can accomplish such an endeavor when we strive daily to maintain the sacred trust of our interdependence, not merely between individuals, but between nations as well.

Advancements in science and technology, space exploration, and growth in industrial complexes underpin human progress — from a material perspective. The most notable opportunity that people have to create a better world must include both “heart” and “head” leadership. Nevertheless, a new awakening in the twenty-first century has started a global conversation, as leaders find their nations on the brink of conflict both from within and outside of their sphere of control.

The need has never been more pressing for people to speak openly, objectively, and calmly on the subject of race, religion, culture, and colour regarding the need for unity of the human family. More importantly, the altered state of modern life, brought on by the rise of nationalism, global terrorism, global warming, and artificial intelligence do not bode well for the future of a happy world.

The hope is that this awakening will inform better human relations and transcend happier relationships among races, religions, cultures, and colours that comprise the human family. Leaders of nations have tried various political systems of governance; yet, many global thinkers claim that the world is on the brink of another Great War (World War III). The following seven leadership initiatives should help to create a “new” path forward to begin the process that could lead to a “new” frontier of leadership that fosters peace, hope, security, and happiness.

SEVEN LEADERSHIP INITIATIVES THAT CAN INSTILL HAPPINESS AS A NATIONAL AGENDA:

(1, 2 Definition: With a similar mandate, policy directives, measures, and performance audits as other ministries of government). 3(Including spiritual, moral, social, intellectual, and physical education)(Copyright © 2011Five Foundations of Human Development (FFHD)).

These seven “new” leadership initiatives should awaken leaders of nations to a higher understanding of the need for synthesis among all races, religions, cultures, and colours. They will help to lower the threshold of competitiveness in a world divided between haves and have-nots and help to bridge the ever-widening “gap” among peoples and nations. Leadership, underpinned by happiness is the only way to re-establish the sacred trust of our interdependence and benefit from the “new” frontier of leadership proposed herein.

Likewise, every individual must, of necessity strive to exercise love, care, and patience with fellow beings regardless of their station in life. The mass media has a critical role to play by creating new and positive messages throughout the “global village,” as their contribution to the happier world that we seek.