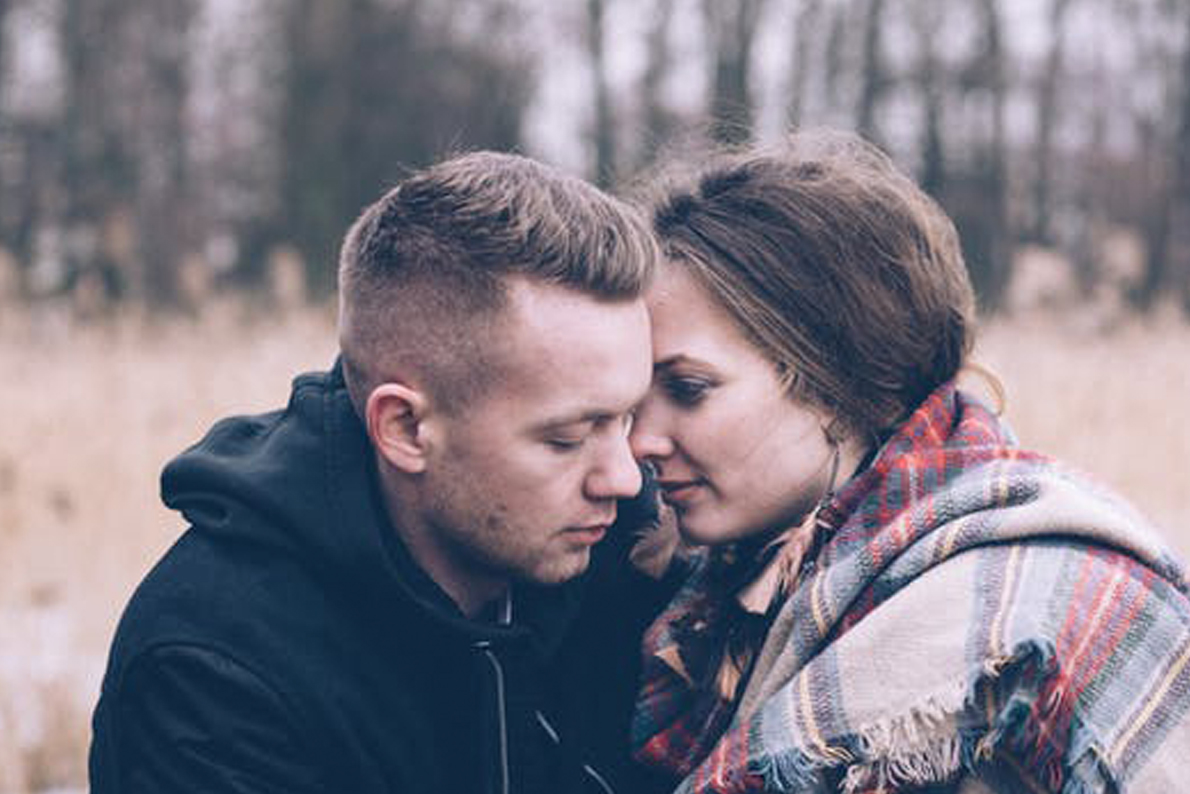 “There is neither happiness nor misery in the world; there is only the comparison of one state with another, nothing more. He who has felt the deepest grief is best able to experience supreme happiness.”

Can happiness exist in an environment of conflict? We begin with “conflict avoidance” because it is a higher essential to enable happiness than conflict mitigation, or conflict management, which are after-the-fact strategies. Conflict avoidance is a more potent strategy, deserving of more emphasis, research, and study. Conflict and happiness may appear as contradictory assertions. On the one hand, conflict connotes disagreement between and among people. It implies, somewhat falsely, that the opposing sides will struggle perpetually. On the other hand, happiness suggests a non-conflict situation, harmony, and good feelings among people and happy outcomes.

Despite childhood nurturing, conflict may appear as an unavoidable part of human life. It begins in infancy, and when people cultivate conflict, it can maintain a trajectory throughout the teenage years to adulthood. It is the cause of unhappiness among peoples and nations. This brief discourse is an abbreviated commentary on why conflict persists, despite the positive nurturing of children and young adults. The primary challenge in the postmodern era may be weaknesses in the human ecosystem, underpinned by the lack of conflict avoidance, conflict mitigation, and conflict management strategies. Our goal is to try to understand the fundamental causes of conflict and the principal ways to avoid conflict.

Notwithstanding, the lessons that we learn as children to aid us to control conflict between siblings, to the lessons we learn as teenagers to manage teenage rivalry, to the challenges adults encounter in relationships, it seems as though we are always in a state of conflict at some level. It is incumbent upon society to examine the influence of early childhood and teenage lessons on the insufficiency in preparedness for the adult world of conflict that seems unmanageable. It looks as if something monumental has gone wrong in human relationships that lead to conflict and unhappiness. The evidence is conflicts among religions, races, colors, cultures, and competitors in the political arena. Further proof is the increase in divorce rates, family fragmentation, the rivalry between street gangs, and conflict between nations and among nations.

HOW DOES CONFLICT BEGIN?

This discourse proposes that conflict may begin with two individuals with opposing viewpoints or worldviews. It can end in disagreement and unhappiness for many others who may not be directly involved in the conflict. Likewise, it can end happily with all stakeholders in agreement with the outcomes. Regardless of the issues at stake, conflict avoidance, conflict mitigation, or conflict management begins with our attitude, but let us examine the broader perspectives of issues. How does conflict arise between individuals and nations? We have discovered from an intellectual and empirical observation that wherever there are differences, there is a potential for conflict.

The differences are either intrinsic, such as in our race or color, or extrinsic, such as peoples’ religion, culture, social, economic, and our political worldview. Among other political and economic factors, these differences have, for centuries, caused war, genocide, human suffering, and unhappiness in the world. They also demonstrate the challenge to the human family to tolerate differences without some form of moral or legal constraint. The former being the most potent of all human restrains ―morally.

We refer to this phenomenon as a “conflict of differences.” These differences pose a particular problem for individuals and nations in our twenty-first century as people of different races, religions, colors, and cultures travel across continents. Likewise, mass immigration and refugee movements across continents have also landed human beings in the “global village” relatively unprepared to live as a family. Peoples’ preoccupation with physical differences and material well-being seem to define and characterize human existence more so than our shared heritage and a mutual pursuit of life, hope, purpose, liberty, fairness, justice, and happiness.

Studies in sociology, psychology, and psychiatry and other studies in human behavior, whether religious, scientific or observation, teach that the human species is a paradox. Humans are the only living species gifted with free will and the capacity to change our environment to suit our purpose. We often fail to avoid, mitigate, manage, or resolve situations, the outcomes that we can often predict with stealth accuracy. The ability to handle conflicts comes from human intelligence IQ, which is a gift from God, to all human beings.

People are free to use their IQ to live a constructive life, to foster concord and happiness, People can also negatively influence their destiny and cultivate conflict and unhappiness, but is there a “frame of reference,” a source upon which to ensure that human history will not merely be a repeat of past conflict? Spiritual Intelligence (SQ) enables people to comprehend things that the natural mind cannot understand because only the spiritual mind can discern things spiritual. “This is what we speak, not in words taught us by human wisdom but in words taught by the Spirit, explaining spiritual realities with Spirit-taught words (1 Corinthians 2:13).

Fortunately, for the human family, we have always had access to SQ to enable us to tap into a higher source of intelligence to guide humankind along paths of fulfillment—the past, present, and future. Cindy Wigglesworth says:

IQ is limited to material knowledge; hence, we have a high capacity to create artificial intelligence (AI) in machines. The overwhelming growth in AI has benefitted humankind and at the same time increased our capacity for conflict with disastrous results. The evidence is the genius of the human mind with our vast storehouse of human knowledge over the centuries that produced “Weapons of Mass Destruction” (WMD). Some political leaders and military strategists might proffer that the presence of WMD on the Earth engenders hope for humankind to forestall global conflict, but the opposite could have produced a better hope for humanity.

The mere presence of WMD on the Earth is the most significant threat to human existence, thus requiring the highest need for conflict avoidance in the history of humanity. Fear of each other brings humankind closer to the brink of catastrophe with the horrors of ever-greater wars than those experienced in World War I (1914–1918), World War II (1939–1945), and the Vietnam War (1954–1975), for example.

TEN BEHAVIORS THAT ARE THE CAUSE OF CONFLICT AND UNHAPPINESS IN THE WORLD:

These ten behaviors delineated above can be prevalent in some marriages and families, and even within races, cultures, corporations, institutions, and nations. They cause conflict. In contrast, the ten behaviors (practices) (antonyms) below can help to uproot the cause of conflict and unhappiness in the world.

TEN BEHAVIORS THAT CAN UPROOT THE CAUSE OF CONFLICT AND UNHAPPINESS IN THE WORLD:

Regardless of the conflict among friends, family members, business associates, or nations, regardless of differences in opinion, attitude or worldview, and although it may require discipline and consistent awareness of these ten behaviors, they are the most potent to avoid conflict in our daily lives. The conflicts that people encounter in daily living originate from within the human heart. The human “heart” is the spiritual, moral, social, intellectual, and physical center of our being.

These problems manifest in outward actions such as genocide; war; racial, cultural, and religious intolerance, and, in general, acts of inhumanity to each other, though they are mere symptoms of unhappiness with the human condition. Nevertheless, the human condition is not permanent but yielding because the indomitable spirit within people always leads to a higher purpose and our higher selves, despite challenges of each era, premodern, modern, and postmodern.

MANY FACES OF CONFLICT

Conflict can arise in marriage, among family members, between cultures, and between business corporations and nations. Some conflicts have different approaches to solutions, from village elders managing social strife among village dwellers, to lawyers involved in managing disputes between corporations. To the United Nations (UN), managing conflicts among nations, and the International Court of Justice (ICJ)’s involvement in bringing to trial leaders that have committed abominable crimes such as genocide against humanity.

Table 1, below, provides a necessary Seven Steps Process to Manage Conflict (SSPMC). The success of achieving a resolution is when all involved in the conflict resolution initiative are familiar with each step at a detailed level. Each step may require extensive research and documentation to resolve a major conflict, or in minor circumstances, the individuals involved in the conflict can talk through each step to effect a resolution. The associated Generic Process Flowchart 1 is also an aid to following the process methodology for resolving conflicts.

The high-value proposition of the Seven Steps Process to Manage Conflict (SSPMC) is when the decision to manage a conflict comes from an inner personal desire to resolve the conflict, and not necessarily influenced external circumstances or others. Some conflict management objectives may require a commitment to caring for people other than oneself, such as managing differences that are often considered “irreconcilable” that are often “reconcilable.” Likewise, the conflict may be internalized and thus require a personal conviction, such as one who decides to embark on a “spiritual” journey.

From a general perspective of the Generic Process Flowchart 1, it provides a basis upon which to focus on strategic elements of the seven “Self-Improvement” (SI) steps (Reference: Table 1). Observe the feedback loops in the Generic Process Flowchart 1. The outcome-based approach provides the “Aspirant” with an opportunity to revisit and repeat specific steps to obtain the desired outcome before proceeding with the succeeding stage.

Writers, Errol A. and Marjorie G. Gibbs are avid readers, inspired researchers, speakers, and mentors. Their journey, which began with their “search for happiness,” led along paths to “Optimum Happiness” (OH), which is a “higher value proposition” for human survival as a viable species than happiness. These same paths await you on your “journey of discovery” —Discovering Your Optimum ‘Happiness Index’ (OHI).