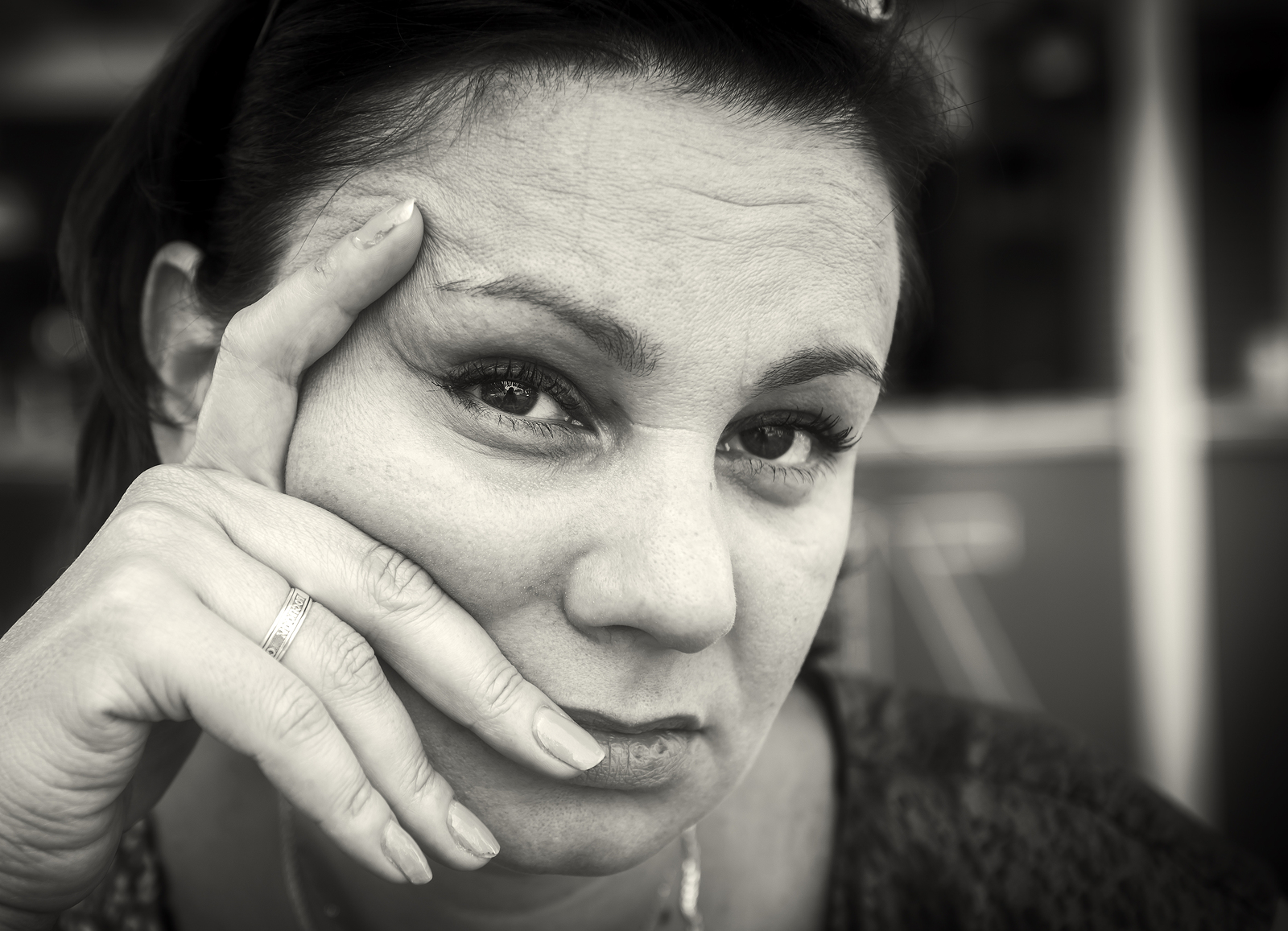 Have you ever uttered the words, “What is Going on in the World?” You are not alone. Surf the Internet, listen to the news media or talk to family members, friends, and neghibours — their sentiments are the same. The “big” questions are the same. Why is the world such a “boiling pot of discontent,” evidenced by instability in every aspect of human lives? Why is there such a deficit in leadership intelligence on every continent? Neither parental, political nor religious leadership are demonstrating the capacity to lead our world to a higher state of civilization.

Institutions such as churches, chapels, cathedrals, monasteries, synagogues, temples, and mosques; likewise, schools, colleges, universities, and corporations are bastions of leadership. Notwithstanding, there is growing apathy for world leadership, in every sphere of human endeavor. Leaders of these institutions are conflicted in the public square at the crossroads of civic and moral duties. More importantly, is the complex role of leaders in the postmodern age of religious bifurcation, racial bias, gender bias, color prejudice, cultural insensitivity, refugee crisis, educational and employment inequity, and social and economic instability. 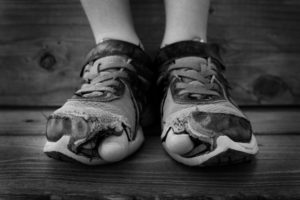 The role as leaders in the public sphere seems skewed in favor of the expediency of money, wealth, and power, giving rise to many questions about the survival of human beings as a viable species. For instance, the luxury of life in the West is a stark contrast to the hunger, poverty, and scarcity that persists in developing and underdeveloped regions of the world. Are human beings living in a time of multiple paradoxes? Why is greed and hoarding of money and strategic resources dominant in a world overwhelmed by scarcity, poverty, and hunger?

The roots and trajectory of some poverty seem to parallel the origin and path of wealth creation since poverty is an implicit side effect of our system of wealth creation. How can the world boast great material and financial wealth, sophisticated living, and educational elitism as fear, anxiety, stress, loneliness, depression, and other ills in the crucible of the twenty–first century, threaten the survival of the human species? Our poor world nations are staggering under the burden of inefficient economies in the twenty-first century.

Many nations are indebted to the powerful, developed nations in an unbalanced global economy, which keeps the world in a state of discontent. How did the militarization of nations and war become the pathway to peace? Are wars operations in theatres, and the casualties of war merely collateral damage? Why did the great horrors of World War I (1914–1918) and World War II (1939–1945), and countless other wars up through the centuries not inspire humanity to veer off the path of violence and veer unto the way of non–violence?

Human catastrophes seem to be escalating around the world in occurrences, such as these: terrorism, militia wars, genocide, poverty, and hunger. How did humanity arrive on the battlefield of retaization versus religion? How could world religions grow exponentially as spirituality ebb? How did the lines between truth and untruth become blurred beyond recognition in global political discourse? Can human life truly be fulfilling without spiritual purpose and moral absolutes? Why are human beings polluting the eco-system that is essential for our survival? Why do political leaders fear their citizens; some citizens fear their leaders, some citizens fear each other, and some parents fear their children?

How can there be a rise in educational enlightenment in the absence of a compatible rise in spiritul, moral, social, cultural, and intellectual enlightenment? How could human intelligence (IQ) order human life and purpose, unaided by spiritual intelligence (SQ)? Can IQ alone manage and constraint the growth of artificial intelligence (AI) that facilitates and frightens humanity — concurrently? Human beings look for the answers to the world’s problems through the three portals below also referred to as The Triad Colossi (See: Figure 1). 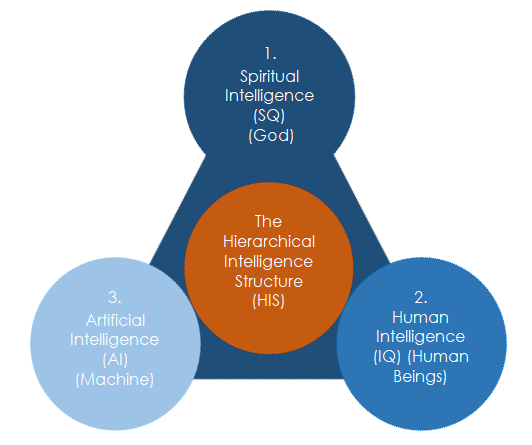 Some leaders and individuals believe in the infinite control of HUMANS _HUMAN INTELLIGENCE (IQ), human mastery of the universe and that the solution to human problems resides in the intellectual mind. The great mind of humans seek answers to critical questions regarding origin, purpose, and destiny, but the scientific inquiry has not been able to determine the “First” cause. The intellectual mind has not provided humanity with definitive answers to the questions of the fallible human mind.

Likewise, leaders and individuals believe that MACHINES _ARTIFICIAL INTELLIGENCE (AI) as the ultimate savior of humankind hence large investments in machines (robots and cobots (collaborative robots)) (ROBO Business: Oct 15 – 17, 2014, Boston, MA.). It is a “double-edged sword.” On the one-hand machines aid human beings by performing tasks that are mundane, repetitive, highly quantitative, highly efficient, and unsafe for humans; and on the other hand, artificial intelligent machines are rapidly diminishing the need for the human workers in an increasing number of disciplines, by delivering higher levels of efficiency and productivity.

When researchers who monitor global trends ask world leaders, what are the challenges facing the world in the twenty-first century and the new millennium, they point to The Millennium Project Global Futures Studies & Research put forward 15 Global Challenges facing humanity as illustrated in Figure 2. The 15 Global Challenges are a result of continuous research, Delphi studies, interviews, and participation of over 4,000 experts from around the world since 1996 (http://www.millennium-project.org/projects/challenges/). 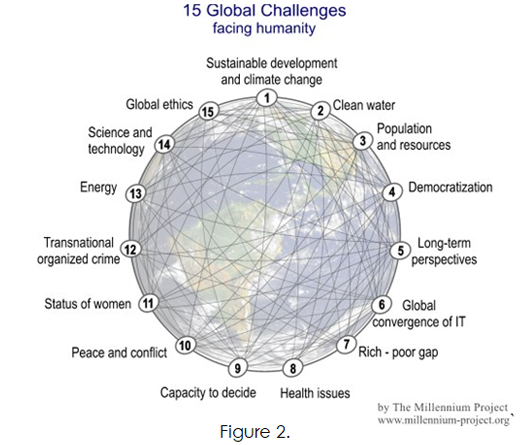 These 15 Global Challenges are real, and though they have practical measures, they are merely symptoms of the underlying failures in human leadership, as history repeats itself, and as past, present, and emerging problems confront humanity in the postmodern age. Humanity has been ushered into a global village, observably unprepared to manage the complex challenges of race, religion, culture, color, and status.

The new dynamics of the postmodern world demand that leaders view these challenges from a unique vantage point, not just through political and economic prisms, but through religious, racial, moral, social, and cultural lenses, as well. Developed nations have significant scientific and technological capacities, but being prepared for the challenges ahead requires a new paradigm of world leadership and authority that takes into consideration spiritual attributes as well such as love, joy, hope, peace, patience, and mercy, as well.

World leaders formulate justifications for their “worldview” and to try hopefully, to maintain peace through advancements in science and technology, but these advancements bring great fear among peoples and nations, because of the destructive capacity of some technologies that fuel the proliferation of modern weapons of mass destruction (WMD). In acts of defiance, human beings have purposely chosen paths that seem to divide rather than unite the human family. By whose authority did humanity divided itself into ‘lower’ and ‘upper’ classes, and “superior” an “inferior races?”

©UNESCO (1979): “Neither in the field of heredity concerning the overall intelligence and the capacity for cultural development nor in that of physical traits, is there any justification for the concept of ‘inferior’ and ‘superior’ races.” “All peoples of the world possess equal faculties for attaining the highest level of intellectual, technical, economic, cultural and political development. The difference between the achievements of the different peoples is entirely attributable to geographical, historical, economic, social and cultural factors. Such differences can in no case serve as a pretext for any rank-ordered classification of nations or peoples” (Copyright © UNESCO 1979, Preamble, Article 1. 4, 5, p. 12).

The trust among nations has repeatedly been broken over past centuries. The indelible scars of genocide, slavery, colonization, apartheid, terrorism, and war, litter the human landscape. The past must be our greatest teacher to ensure the survival of humanity, but the human mind seems to place greater hope for peace in modern science and technology than we put in the critical lessons of six thousand years of recorded human history.

We live in a closed system. Advances in healthcare, engineering, and space exploration do not change the fundamental truth of our existence, which is that there are finite resources available for the sustenance of all of God’s creation. Our past is full of practical demonstrations of the futility of self–reliance and the exclusion of God. War is inevitable, misery is persistent, and our human condition is always in need of improvement. Every nation, every society in history, has known that its knowledge was incomplete, as we know today. The dilemma that faces humanity is that we are continually pushing the envelope of what we know, and what we can do; every day our knowledge of the world increases. As we understand more and more the workings of our bodies, the delicate interactions that sustain our environment, we become less faithful to the Creator, much to our peril.