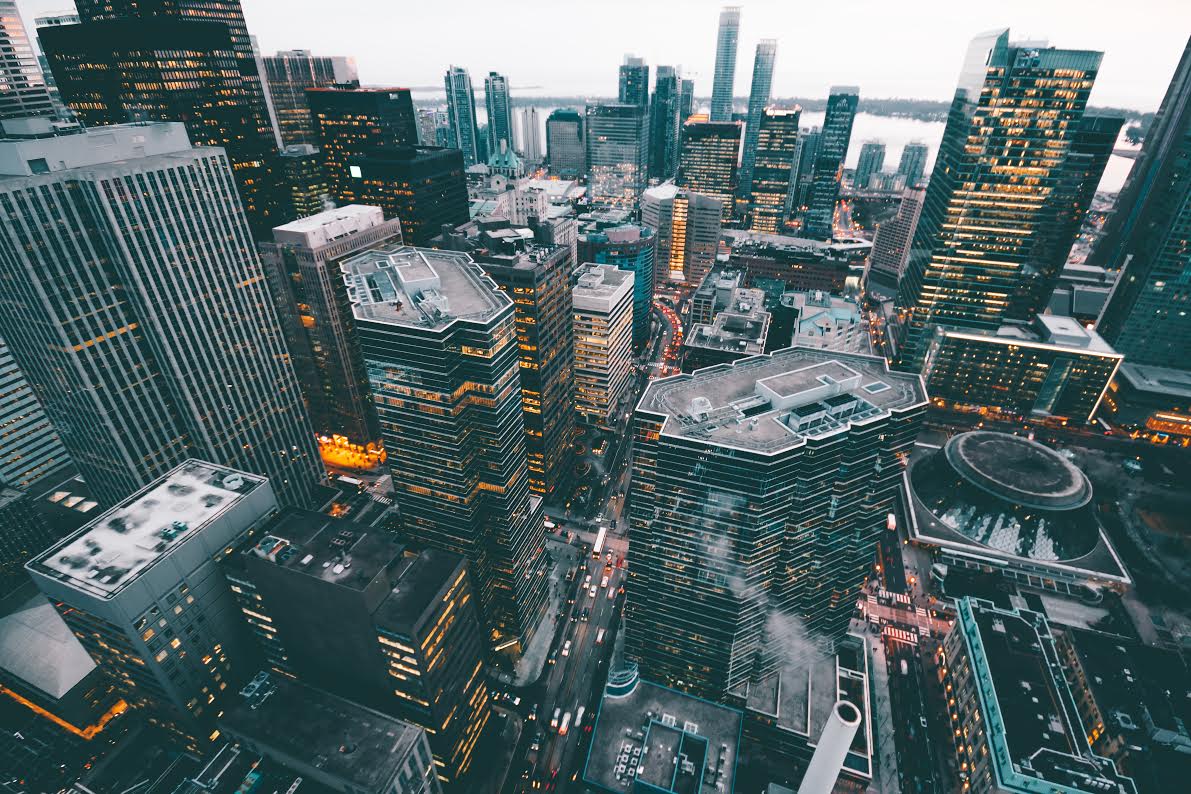 One can argue that Capitalism and Socialism are the two dominant systems that undergird politics and the workings of the economy of Western nations, with some compromises between them, but not easily attained. Political leaders in Western nations are either for or against one or the other of the two opposing systems of capitalism and socialism. Capitalism and material progress have bolstered the prosperity of the modern and postmodern age. Capitalism has demonstrated the capacity to achieve great material progress on the one hand and great economic disparity on the other hand.

Capitalism, a free market economy displaced feudalism of the pre-industrial era. Mass industrialization of (the 1750s – 1900s) ushered in massive changes in production from tedious handcrafting and labor-intensive work to automation. Automation ushered in the free market system as manufactured good reached the shores of emerging nations beyond the local manufacturing centers. Capitalism brought great wealth for the industrialists, and at the same time empowered a booming middle class. The twentieth and the twenty-first centuries ushered in great rewards of production as computerization further accelerated production efficiency, undergirded by a new phenomenon of globalization.

Western capitalism also ushered in the rise of the new corporate class, the Chief Executive Officers (CEOs), the Chief Financial Officers (CFOs), and the Chief Operating Officers (COOs) as the new privileged class. They linked their salaries to production and profits in a new era of profligacy. As a result, capitalism became a word with negative undertones as the middle class began falling behind economically. There were no links between their salaries, production, or exponential growth in corporate wealth, most of which went into the hands of the upper tier corporate executives.

Capitalism and socialism function on opposite ends of the political leadership spectrum. On the one hand, those who promote socialism view capitalism as the primary cause of the economic ills of postmodern society, and the diminishing value of the workers’ contribution to production and profit. On the other hand, those who promote capitalism seek higher corporate profits and returns on shareholder investments, often fighting against government regulations, and essential safeguards against re-occurring economic collapses over the centuries, reminiscence of the Great Depression of the 1930s (https://www.history.com/topics/great-depression).

The capitalist pursues the goals of mass production, mass consumption, and higher profits, fueled by mass marketing, and the new science of influencing the response of the consumer to high-powered marketing techniques. Undeniably, capitalism is the genius and the lifeblood of the postmodern economy. The ideals of capitalism differ both in principle and practice from democratic ideals — a system in which governments rule on behalf of the people who hold political power, and majority decisions influence government actions. Conversely, the capitalist postulates that the ideals of socialism tend to undermine the goals of capitalism and stifle the creative genius of the capitalist by excessive regulations.

A new form of capitalism began to emerge in the twentieth century with corporations taking on transnational dimensions as they explored new markets for cheaper sources of labor to reduce the cost of production and increase profitability, mainly for themselves, evidenced by the gap between CEO wages versus the wages of the worker. This new capitalism also presents a threat to worker stability as corporations explored international markets in which to grow.

Capitalism, therefore, has become a double–edged sword, first as the engine that facilitates material growth and prosperity for Western nations, and second; inadvertently, as a system that creates a significant disparity between rich and poor; between developed and underdeveloped countries, and between opposing political ideologies. Consequently, there is a need to develop new global economic models that foster equitable distribution of wealth for the middle-class and less excessive wealth for the upper class to promote growth and stability in the economy. This new economy should support linear growth to allow for meaningful implementation, adaptation, and assessment of fundamental human needs, “lest we kill the goose that laid the golden egg” — the middle class.

More importantly, human beings are not fully benefiting from one invention before another overwhelms us. This call for a linear pattern of growth might seem revolutionary, or counter to human progress or even appear to go against the principles of capitalism, but the inherent benefits lie in a more stable economy, sustained growth, and stable nations. The more pressing concerns with capitalism lie in the gravitation of wealth to the wealthy and to the creation of a social and economic world imbalance, which destabilizes nations and jeopardizes the international peace order that nations crave.

The dawn of the twenty–first century raised the consciousness of the world to the devastating impacts of poverty on people, on hunger, on world peace, and on world stability. Hoarding of strategic, tactical, and operational resources perpetuates and precipitates the urgent need for charity. Promises to eradicate poverty, hunger, crime, and hopelessness are repeated decade after decade, with marginal results. The overwhelming demand for charity is a symptom of something that has gone monumentally wrong with leadership in the world. Arguably, bad leadership and poor governance have set in perpetual motion wars that undergird (in part) the massive crisis of 68.5 million refugees around the world who are dependent on global charity for their survival (http://www.unhcr.org/figures-at-a-glance.html). What can governments do?

BAD LEADERSHIP AND POOR GOVERNANCE FOSTER THE NEED FOR CHARITY

Charitable acts are essential, but they are not valid as primary solutions for alleviating poverty. Debtor nations could use their financial resources to develop the human capital through the education of their populations to change the trajectory of debt. Creativity and innovation strengthen the output of manufacturing, which is the basic building block of modern economies. The formula is the same for all nations. Lender nations should seek every opportunity to promote fair trade with national and transnational neighbors. These actions and a willingness on the part of leaders in developing and underdeveloped countries to build democratic societies will help to diminish the number of poor individuals and families. Nations that receive charity from the international community could relinquish autocratic leadership and the build–up of armaments as first imperatives of their moral growth away from the downward spiral of poverty.

All nations would benefit when leaders view the world’s natural resources and global assets imbalance as a “moral failure,” as opposed to purely economic success. The current asset imbalance calls for national and international emergency measures, as a growing number of humanly caused, humanly inspired, and natural catastrophes create havoc among underdeveloped and developing nations. New approaches to economic management are essential to sustain consistent moderate growth, as opposed to significant turbulence in world economies. The aggregate effect, similar to the force of hurricanes, can potentially create paths of economic destruction.

For instance, the world energy prices have the most dramatic impact on the economic survival of underdeveloped and developing nations. Children die from lack of clean water, basic food, low–cost vaccinations, and essential medicines. Leaders of some of these nations foster negative economic growth in critical areas of their nation’s economies. Rather than the enlightenment of citizens through education, and research and development in new evolutionary ways to provide basic needs of their countries, some of these leaders consign their citizens and neighbors to militia wars, with the global powers taking sides.

These economically beset nation’s citizens kill each other in never–ending civil wars, in a “lose–lose” proposition that fuels fear, poverty, hunger, and refugees of war. This behavior adds to the need for perpetual charity by other nations. The resultant human condition requires aid from the West to alleviate the human suffering. The church and other religious organizations should let their voices resonate around the world in a moral appeal to leaders of underdeveloped and developing nations to renounce authoritarian and military-style governments.

Ernie Regehr (1980): In his study, though dated, serves to underscore some of the root causes of poverty and hunger that afflict developing and underdeveloped nations in the twenty–first century. These conditions are attributable to the significant loss of productive dollars, ineffective use of human and material resources, and loss of opportunities to build viable societies over the past several decades. It behooves leaders in the twenty–first century church to examine the issues that Regehr cites in his booklet entitled, Militarism and the World Military Order, A Study Guide for Churches (Geneva, Switzerland: © Commission of the Churches on International Affairs of the World Council of Churches 1980; Economic and Social Consequences of Militarism). This booklet might point to some answers to the challenges of our twenty–first century.

Regehr (1980): “The gross disparities of wealth and privilege in the international arena are mirrored in the world military order. The flow of arms around the globe reveals a hierarchical order in which those who supply weapons and profit from their sale, who set the pace of technological change in weapons systems, and who set the standards of military strategy and authority, are also those who dominate the present international economic order.”

Paradoxically war is the ecosystem for capitalism to flourish. Regehr (1980) says, “There is a clear relationship between the arms race and the social and economic order. The arms competition of the superpowers and other countries involved in weapons design and development fosters the present unjust economic order that prevents the implementation of principles of the new international economic. Governments and multinational corporations participate in military escalation at the expense of economic and social development. In the process, available resources are misused. Disarmament is therefore essential for the proper utilization of the available human and material resources to help create a new international economic order.”

Regardless of the challenges to capitalism and socialism, mostly all citizens benefit from and enjoy the fruits of capitalism through private ownership and the rights to buy and sell at will. The capitalist, on the other hand, pursues the goals of mass production, mass consumption, and higher profits, fueled by mass marketing. Shareholder profits undergird this delicate balancing act among production, marketing, and consumption. Postmodern society could realize the greater good of capitalism and socialism when the shareholder (the investor) and the stakeholder (the citizen) benefits become a mutual endeavor.