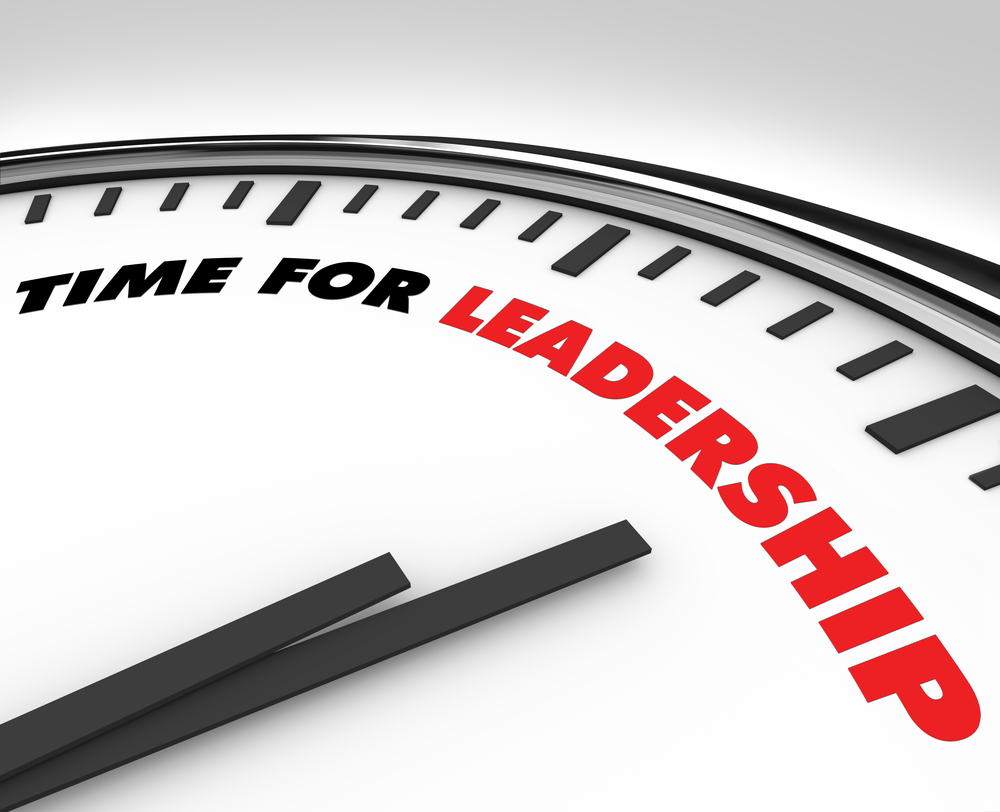 The journey of humankind through the premodern and modern eras has been nothing short of inexplicable. Western nations have now arrived at postmodern democracy, underpinned by Christianity, but “Why the Incongruity?” Unresolved problems of the past confront humanity, compounded by problems of the present such as indifference to “race,” color, culture, creed, and gender. Moreover, other looming problems of the future such as refugee migration, climate change, global ethics, global terrorism and warfare, political apathy, global hunger, and the “economic gap.” The greatest challenge, today, though, is “Can Western nations accomplish true democracy?”

Fortunately, we have the patronage of “Spiritual Intelligence” (SQ) (God), “Human Intelligence” (IQ) (Man), and “Artificial Intelligence” (AI) (Machine). Marjorie and I refer to these three enablers as the “Triad Colossi.” When these three levels of intelligence are in Concord, humankind will achieve its higher purpose, greatest potential, and the inherent capacity for survival as a viable species. They underpin an orderly society, and human development in five foundations such as (1) spiritual, (2) moral, (3) social, (4) intellectual, and (5) physical (Gibbs and Grey 2011).

Democracy represents the very best opportunity to achieve harmonious and equitable societies, but to some individuals, democracy often “falls short” of its noble ideals. To others, democracy is a “double-edged” sword, because of two opposing ideological and dominant “worldviews” (“capitalism” and “socialism”) that underpin postmodern democracy.

Democracy flourishes in an environment of spiritual-mindedness, innovative ideas, creativity, regulations, policies, principles, and a system of “just” laws, to maintain order and equitable growth in society. There is also a need for Western democratic nations to measure their “moral progress” in light of Christian democratic ideas, given some of the failures of other political systems of government such as communism, dictatorship, socialism, and feudal monarchy.

In his Gettysburg address in Pennsylvania on November 19, 1863, Abraham Lincoln (1809-1865), the 16th president of the United States of America said, “…this nation, under God, shall have a new birth of freedom, and that government of the people, by the people, for the people, shall not perish from the earth.”

In the Declaration of Independence in Congress, July 4, 1776, Thomas Jefferson (1743-1826), the 3rd president of the United States of America said, “We hold these truths to be self-evident: that all men are created equal; that they are endowed by their Creator with certain unalienable rights; that among these are life, liberty, and the pursuit of happiness.”

These two critical statements are the bedrock of American democracy, and they have helped to establish a beacon of “high ideals,” for other nations to emulate. Postmodern democracy projects a bastion of freedoms of expression, good governance, peace organizations, empathy for the suffering, charitable endeavors, and “fairness and justice” for all, as the “ideals of democracy.” Broadly, we have near accomplished the ideals of democracy.

Henry G. Weaver (1889-1947) “To say the least, the experiences of the Greeks and Romans showed how not to do it [solve the problem of constitutional government]…the political structure of the United States is radically different from that of the Greeks or the Romans. It is based on the Ten Commandments and the teachings of Christ. Try to rewrite the Declaration of Independence without reference to the Christ axioms. You’ll find it can’t be done!” The Mainspring of Human Progress. Copyright © 1947. Chapter 9: Compromise ― The Romans, p. 91.

Herein lies the heart of our inquiry. DEMOCRACY — Why the Incongruity? In the realm of political systems, democracy stands supreme. Constitutions and national anthems recognize God as “supreme.” Christian principles underpin the birth of democratic Western nations. Western nations profess Christianity, and practice, to a greater or lesser extent, the teachings of Jesus Christ, but there is a peculiar “gulf of separation” between professing and practicing.

The practice of Christianity affirms that a nation’s constitution declares the teachings of Jesus Christ (its founder), as central, to guide the affairs of the nation (Jeremiah 10:23 ESV). This fundamental fact does not imply religious exclusion by any means, but to say that Western nations are fundamentally Christian, and practice the highest ideals of democracy leads us to make the following ten observations:

TEN OBSERVATIONS THAT SPEAK TO THE INCONGRUITY OF DEMOCRACY

Observation #1: Separation of Church and State

Separation of Church and State (http://www.allabouthistory.org/separation-of-church-and-state.htm) is a belief that many Christians have adopted. Is such a belief consistent with achieving the “high” ideals of democracy? After six thousand years of observation of human affairs, it is inconceivable that human beings can go it alone without a superior being to guide the affairs of humankind. “Let every soul be subject to the governing authorities. For there is no authority except from God, and the authorities that exist are appointed by God” (Romans 13:1 NKJV), profoundly suggests God’s inclusion in the spiritual and civic affairs of nations.

Christian missionaries spread the teachings of Jesus Christ throughout the world (The Great Commission (Matthew 28:16-20 AMP). The world is watching. People observe the rise in “materialism” as “spirituality ebbs.” People witness the accumulation of superfluous wealth in the midst of poverty. They discern how “fear” overshadows “faith.” People lament how we take sides in political affairs (national and international). People query how we weigh, measure, and grade human atrocities, and people shudder at the level of fear, anxiety, depression, and discontent sweeping across the human landscape.

Observation #3: Rewards in the Afterlife

Ministers of the Gospel often remind their followers that their reward is in heaven in the “afterlife” (Matthew 5:1). The intelligent observer is aware that some human laws (inadvertently) are the archetype that engineer poverty, which we must not confuse with the sayings in the Scriptures, “You will always have the poor among you…” (John 12:8 NIV). Paradoxically, some of the wealthiest people on Earth are Ministers of the Gospel. How does such an incongruity square with the ideals of Christianity and democracy? A “vow of poverty” (not a life of hardship) by all Ministers of the Gospel would provide validation of their “faith,” and demonstrate unanimity with fellow believers.

Observation #4: The Supremacy of God

Leaders of Western democracies view God as “supreme” over their nations in “principle,” but not essentially in “practice.” For instance, human laws often rise above God’s law, and some people unwittingly revere their leaders. Can there be a political, religious, intellectual, or a scientific middle ground? God is either supreme or nations are self-governing. The Law of God is either infallible or fallible. Human laws are either just or unjust. People are either born equal and deserving of love, or unequal and undeserving of love. “Why the Incongruity?” Humankind must choose the right path as we near the midnight hour.

Observation #5: Poverty, by Design or Accident

The answer lies in these profound words: “Truly I tell you, whatever you did not do for one of the least of these, you did not do for me” (Matthew 25:45 NKJV). There is an urgent need for leaders and peoples of nations to examine the democratic ideals that underpin our spiritual responsibility for the least among us.

Observation #6: The Dilemma of the Impoverished

Undeniably, some poverty has its origins in the inherent human incapacity to overcome complex psychological problems, some uninspired individuals who lack a future orientation, lack of motivation, and lack of desire and self–determination that can unleash people from the stranglehold of poverty. We can also delineate this global crisis as due to growth in population, refugee migration, education gap, knowledge gap, technology gap, an imbalance in trade, inequity, natural and humanly inspired disasters, to the ravages of wars. From tribal and militia wars to our complex modern wars with the most expensive and advanced modern technologies, deficit-financed, these adventures and associated expenditures divest from endeavors to eradicate poverty to fuel the burgeoning cost of postmodern wars (http://www.globalissues.org/article/75/world-military-spending).

Observation #7: What is Change?

When leaders speak of change, they often refer to change in political ideology. Change constitutes transformational leadership, as the embodiment of spiritual-mindedness, character, intelligence, education, humility, and servanthood. In Christian literature, change implies a leader’s response to national calamities, akin to the king of Nineveh in (Jonah 3:5-10 NKJV). Likewise, the reaction of the people to God’s admonishment in (2 Chronicles 7:14 NKJV) lest the change that people crave becomes a “fleeting illusion,” expressed in the profound words in the Scriptures (Psalms 127:1-2 ESV; NKJV).

The media and the electorate are somewhat remiss. We fail to help foster the creation of a Long-range Strategic Vision (LSV) for the betterment of our respective nations. Political debates are often about short-term measures, more-or-less consistent with election cycles. Discussions should be a function of coherent long-term plans and policies, underpinned by qualitative and quantitative data; underpinned by “Key Performance Indicators” (KPI) with a focus on significantly diminishing the negative statistics of social and economic exclusion, and mass incarceration — globally.

Instituting a Ministry of Happiness (MOH1) and a Minister of Happiness (MOH2) in all nations, underpinned by a Gross Social Progress (GSP) index, alongside the Gross Domestic Product (GDP) index, and Gross National Product (GNP) index of nations could be of strategic value to global leaders in our postmodern democracy. (1, 2) A similar mandate, policy directives, measures, and performance audits as other ministries of government).

Partisan political agendas distract nations from their higher national ideals, such as love for country, positive forms of nationalism, and models of leadership such as spiritual-mindedness, character, integrity, intelligence, education, and authenticity. There is a need for the two great pillars of democratic leadership ― humility, and servanthood to be front and center of leadership in the postmodern age of international conflict, underpinned by Weapons of Mass Destruction (WMD). Humankind cannot risk the advent of another global conflict the scale of World War I (1914–1918), and World War II (1939–1945).

There is a need for discernable criteria to assist global leaders as a predicate of a set of Strategic Plan Objectives (SPO). These plan objectives should be a living contract between governments and the people they lead, founded upon a national referendum. This new alternative will offset possible re-engineering of government, deficit-financed, but instead, the adoption of and refining the Long-range Strategic Vision (LSV) penned for the nation in a referendum by the people, referred to as the “Continuance of Government” — and then the ‘mainsprings of democracy’ will flourish.