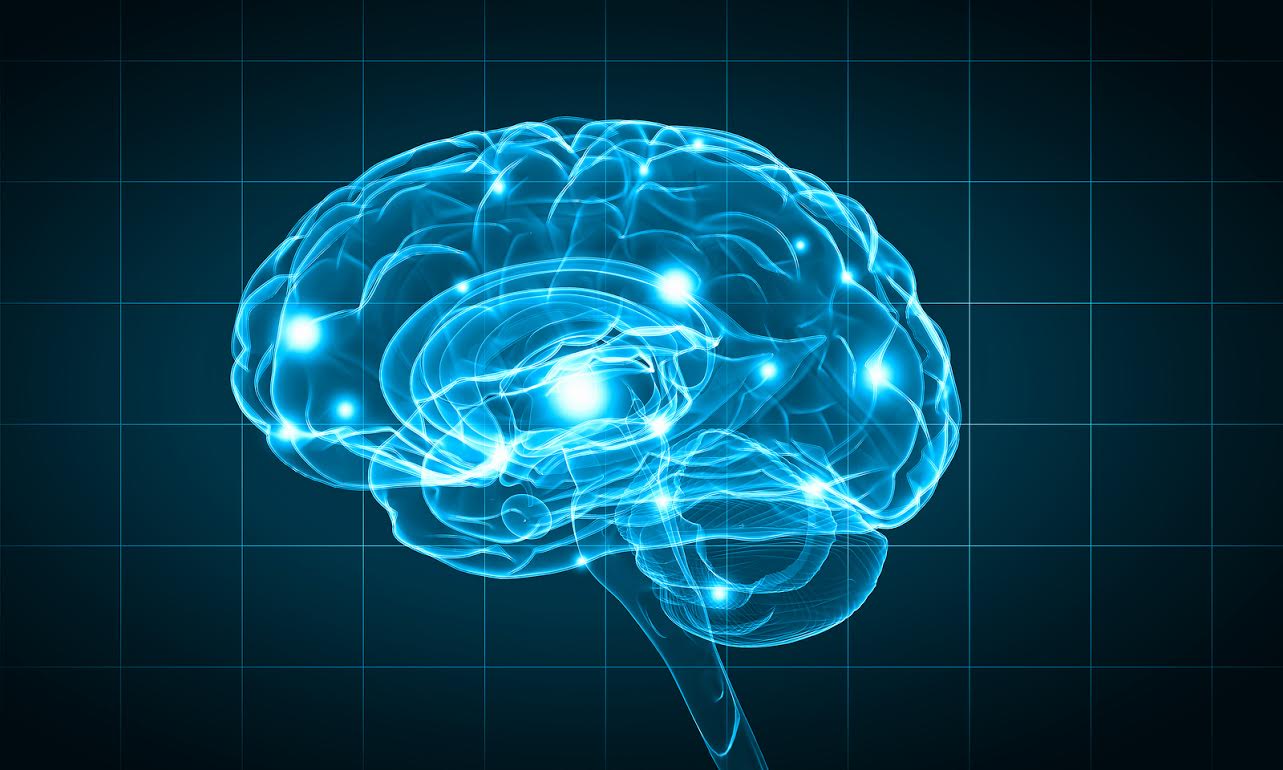 Can humanity be trusted to take care of our destiny and survival without intelligence? Jeremiah, one of Judah’s greatest prophets, stated, “O Lord, I know the way of man is not in himself; It is not in man who walks to direct his own steps” (Jeremiah 10:23 NKJV) (circa 627–580 BCE).

SQ transcends IQ, which informs AI, and all other forms of intelligence such as moral, social, scientific, and leadership intelligence. These forms of intelligences are attributes of the human intellect and are beneficial for the maintenance of viable human societies, and human survival as a viable species.  For instance, the new AI economy underpinned by SQ and IQ, should inform humanity of the benefits of linear growth to foster a more meaningful implementation, adaptation, and assessment of fundamental human needs. More importantly, people are not fully benefiting from the exponential growth in AI innovation before another concept overwhelms the individual.

AI is a “double-edged sword.” On one the hand, it is an aid to human beings, as machines perform tasks that are mundane, repetitive, highly quantitative, highly efficient, and unsafe for people and on the other hand, AI machines are rapidly diminishing the need for human workers in an increasing number of disciplines.

Statements such as “The end of jobs,” “the computer age,” “the information age,” and “the robots are coming” are commonplace in our modern vocabulary. The reality is that the primary beneficiaries of AI are the capitalists through greater profits, and jobs for computer engineers, computer programmers, design engineers, and mass manufacturers. People also benefit in ways that are proportional to their economic status as well.

The paradox of this advancing need for new technologies to evolve the information age is the overshadowing of the critical need for “humanity” and “spirituality” in the age of “job loss anxiety.”  “In 2012, about 3 million service robots for personal and domestic use were sold, 20% more than in 2011. The value of sales increased to US$1.2 billion (World Robotics 2013 Service Robots) (http://www.worldrobotics.org/).

Marjorie and I put forward that a linear pattern of growth might seem revolutionary. It may also seem counter to human progress or even appear to go against the principles of capitalism, but the inherent benefits lie in more stable nations, sustained growth, preservation of non–renewable resources, and a more stable global economy.

SQ gives us spiritual insight into God’s divine knowledge, wisdom, and understanding. These are the prerequisites for moral leadership and authority in the world. SQ enables human beings to understand things that the natural mind cannot comprehend because only the spiritual mind can discern those things that are spiritual (1 Corinthians 2:10–14).

Human intelligence (IQ) is a lifesaving gift from God. Unlike animals that are limited to mechanical behavior, intelligent people have the capacity to promote good or evil in the world by free will. IQ guides our decision-making about the nature and purpose of every human action and endeavor.

A person with a high IQ ought to bring a greater capacity for higher thinking about the preservation of humankind as a viable species, although this may not essentially be the case, without the highest guidance of Spiritual Intelligence (SQ).  SQ is a pre-requisite for global leadership.

People have a great capacity to create Artificial Intelligence (AI) machines to serve human material needs, but without SQ, we can only see life in a haze. We cannot actually master AI for the overall benefits of humanity. Will AI master humans? The headline says, “Intelligent Robots Will Overtake Humans by 2100, Experts Say | By Tia Ghose, Senior Writer | May 7, 2013 01:03pm ET (http://www.livescience.com/29379-intelligent-robots-will-overtake-humans.html).

WHERE DOES GREAT LEADERSHIP BEGIN?

Great leadership begins within the spiritual realm aided by God’s knowledge, wisdom, and understanding; however, He has limited human intelligence within the gap between the beginning of all things and the end of all things. He has sealed such knowledge from us until the time of the end (Daniel 12:4, 8–9).

Our connection to God’s source of SQ is from the mind of God. Unfortunately, our knowledge of science and technology, derived from modern education and human intelligence, seems to place a barrier between IQ and SQ. This “spiritual barrier” diminishes our capacity to manage God’s creation and the affairs of His created beings. One might argue that a certain overconfidence of IQ is the barrier to achieving the valuable benefits of SQ (love, peace, harmony, safety, and security).

Did the complex human mind naturally evolved in a vast pool of primordial soup, or did it evolve from beasts? Despite the awesome storehouse of human knowledge in the twenty–first century, why are we unable to create a world of peace and harmony? This incapacity of human existence confirms the dominance of our “materially driven” lives and the finite limit to IQ.

SQ is the key that opens the human mind to comprehend the complexity of the world and to solve complex problems because the solutions are not strictly intellectual, academic, or economic. The laws of nature to which all humans are subject, place limits on what we can achieve in the physical world. History books are a testament to leaders whose empires collapsed as their reign came to a brutal and often abrupt end, despite the aid of IQ. Paradoxically, AI is also a contributing factor in the collapse of nations.

These bloody leadership transitions often paralleled the way in which they rose to power. In ancient times, conquest was the rule rather than the exception, and wars raged across the feudal countryside throughout the “Middle Ages” (Dark Ages) (500-1000) (www.Britannica.com/events/Dark-Ages) and into the Era of Enlightenment 17th-18th centuries (https://www.britannica.com/event/Enlightenment-European-history), when leadership and authority were absolute. The ancient kings failed to recognize the superiority of God (Daniel 3:30). Instead, they demanded divine worship for their gods themselves, and from their subjects.

Human beings are born with carnal minds that are limited to canal knowledge. Note, the reoccurrence of wars, genocide, mass murder, and terrorism that intelligent human beings have wrought upon the Earth. Observe the repeated incidences of humanly caused and humanly inspired disasters that occur throughout the world.

Note, the frequent collapse of major corporations that the most highly educated manage, with degrees from prestigious universities and corporate business schools. Graduate degrees and the Masters of Business Administration (MBA) accreditation have become more prominent as a core requirement for management positions. The popularity of the MBA has mushroomed throughout universities and within private corporations over the past several decades but observe (in parallel) the cyclic collapse of the world’s economy, and global financial systems. Can humans solve its problems, predicated on Human Intelligence (IQ) only?

The evidence that modern education in its present form is not a substitute for a higher form of intelligence resonates in the postmodern world by family violence, social unrest, racism, drug abuse, national and international conflict, genocide, wars, inspired economic collapse, and modern–day slavery. Anxiety, stress, depression, loneliness, and other ills in the crucible of the twenty–first century, threaten the survival of the human species in our postmodern world.

When we look at the vast and incomprehensible universe and try to comprehend the awesome world in which we live, the complexity of the universe provides us with compelling evidence of creation by a superior intelligence. The Apostle Paul writes,

“For since the creation of the world God’s invisible qualities−his eternal power and divine nature−have been clearly seen, being understood from what has been made, so that people are without excuse”  — (Romans 1:20, NIV).

God has endowed humanity with free will. We are free moral agents who have the power to seek His higher Spiritual Intelligence (SQ) and purpose for our lives. He has also given us the power of Human Intelligence (IQ) (the human mind) to allow us to comprehend our relationship with Him, worship Him, serve humanity, care for family, obey authority, and manage the environment. Likewise the capacity to create Artificial Intelligence (AI) to meet the needs of humanity. What is Intelligence?