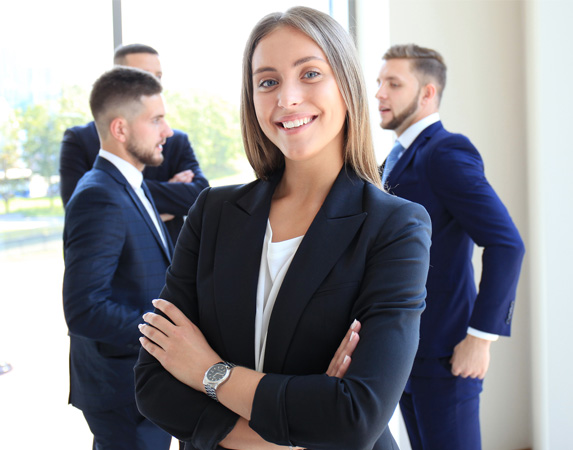 What is Leadership? Leadership is a way of life, which brings increasing opportunities to transform ourselves as we give unwavering service to those whom we lead. Positions of authority do play a part in leadership, but only from the point of view of appointment, because the essentials of leadership are its functions.

What qualities make a leader? A leader is someone who knows that servant–hood and humility are the core strengths of leadership. A servant leader knows that when he or she makes available equitable opportunities for growth, his or her followers benefit from enhanced mental and productive capacities.

God, who is the supreme authority for humanity, does not impose His will on humankind (New Testament dispensation). We are free “moral agents” with the will to choose and shape our destiny for better or for worst. The choice is in our hands.

Enlightened leadership recognizes “…that all men are created equal; that they are endowed by their Creator with certain unalienable rights; that among these are life, liberty, and the pursuit of happiness” ― Thomas Jefferson (1743 – 1826) United States Declaration of Independence in Congress July 4, 1776.

Leadership, then, becomes the exercise of moral duty without regard to color, race, culture, language, religion, nationality, or social or economic class. This leadership perspective can only come from a heart informed by a higher moral authority.

A leader recognizes that the existence and moral growth of individuals, societies, and nations depend on the moral imperatives of leadership. These imperatives include spiritual discernment, love, caring, sharing, compassion, patience, forgiveness, mercy, and general acts of fairness and equity, which a leader extends to his or her followers.

Henry Grady Weaver (1889–1949): “. . . the political structure of the United States is radically different from that of the Greeks or the Romans. It is based upon the Ten Commandments and on the teachings of Christ. “Try to rewrite the Declaration of Independence without reference to the Christ axioms. You’ll find it can’t be done!” (Henry G. Weaver, The Mainspring of Human Progress. Irvington–on–Hudson, New York: Copyright © 1947 by Talbot Books, Revised Edition Copyright © 1953 by The Foundation for Economic Education, Inc., Chapter 9: Compromise –The Romans, p. 91).

Writers of the great constitutions and national anthems of Western democratic nations must have known, either by spiritual discernment, intuition or by intellectual insights that a nations’ guidance by a superior authority is crucial to leadership and the survival of the nation. What are the moral considerations of a leader? A leader is acutely aware that fear cannot stimulate cooperation, ambition, initiative, or creativity in his or her followers.

There is a natural tendency to assume that what qualifies the individual as a leader is his or her position of power, election to an office, or personal attributes – erudition, charisma, or courage. One naturally assumes that being the head of an organization or institution equates to leadership. Is leadership inherent in positions of authority? Not necessarily!

Leadership is a function. Leadership begins with spiritual discernment, spiritual development, and the recognition of human limitations (inherent, societal, and self-induced). The need for spiritual guidance emphasizes the strength and character of leadership.

There is a growing body of individuals in every occupation expressing some level of discontent with leadership in our postmodern era. Many search for leadership worth following. They search for a new leadership that is authentic and can engender, sustain, and nurture societies and nations. Selfless service is the principal qualification of a leader. This type of servant–leader is one who strives to accomplish the better interest of his or her followers.

Political leaders represent only a small group of leaders within a nation. They, by their elected positions in society, exercise the most visible influence upon their nations. The average citizen does not view himself or herself as a leader in the classical sense. However, the majority of people have, at some time in their lives led others, unrecognized though it might have been.

Religious ministers, teachers, professors, doctors, lawyers, police officers, parents, and family members all exercise acts of leadership on a daily basis, by the instructions and directions they give. The impact of this group of natural leaders far surpasses the daily influence of leadership by appointment.

The world has witnessed many different political systems of leadership (from dictatorship to democracy) and many types of leaders (from autocratic to democratic). Some leaders view democracy as a system that naturally offers equal opportunities to all, despite evidence of inequality and inherent advantages and disadvantages (racial, cultural, color, social, educational, and economic) in society.

It is for these reasons that our leaders in the postmodern world must seek deeper spiritual understandings of the different needs and aspirations of their followers and try to eliminate barriers to their mutual growth and progress. A leader must use the administrative mechanisms of his or her office to aid in developing tools to understand better the constituent of those they lead.

Modern civilizations are at the same major crossroads of culture and religion that have challenged leadership in the past. A peculiar observation, among autocratic leaders, is the succession of power from father to son. One might be inclined to conclude that their symbiotic relationship is a function of deoxyribonucleic acid (DNA). This pervasive transition of power from father to son has been a doubled-edged sword for many nations over the past century, as sons of male leaders attempt to maintain autocratic rule over nations, much to the peril of the leadership and of the nation.

This is our defining moment of the twenty−first century. The new dynamics of the modern world demand new ways of looking at civilization, not just through political and economic prisms, but through religious, moral, social, and cultural prisms as well. Leadership styles of the past do not hold out hope for our survival in this new period of world history. Therefore, a new standard of leadership and authority has become a global necessity to ensure the co−existence of nations with some semblance of mutual hope for survival in the new reality.

Spirituality as a pre-requisite for global leadership demonstrated through such moral attributes as love, joy, peace, patience, kindness, goodness, faithfulness, gentleness, self−control, and God’s uncompromising love for humanity. Religious leaders speak of a universal God and of the unity of the human family. These religious principles are fundamental to universal leadership. Is God universal to religions? If He is universal to all religions, His ardent followers in all religions should have a universal message of goodwill that transcends all human differences.

Evidence of divisions among religion and among religious denominations demonstrates that world religions do not share the same concept of God, or religious tenets, which is a challenge to religious leadership in the world. It is only when we grasp a common concept of God as God of the universe that leaders of nations will inadvertently grasp the concept of the oneness of humanity, which alone can unite us. Leaders of the past have failed to grasp this concept as their first responsibility of leadership; hence, the legacy of failure.

Leaders in our modern era have reinforced the structures that their predecessors established in the past to divide, conquer, and control human beings and nations in more highly sophisticated ways. Even with our modern era of leadership councils, and leadership training and development, a great leadership deficiency seems to exist in every sphere of human activity. Notwithstanding, with a new paragon of leadership, nations can effectively manage the challenges faced today and new and emerging challenges of the future such as the fifteen leadership challenges listed below.

FIFTEEN LEADERSHIP CHALLENGES THAT CALL FOR A NEW PARAGON OF LEADERSHIP

These fifteen leadership challenges are a mere sampling of the twenty–first century challenges to leaders. Religious leadership plays a primary role in the life of individuals, families, and nations. Our churches, chapels, cathedrals, monasteries, synagogues, temples, and mosques are a bastion of leadership. However, when we move to the public stage, observable practice of religion is not clearly as evident in our day–to–day struggles for material success and material survival.

It seems as though the universality of our God, or god(s), and our all–encompassing love for humanity, diminish within the most important of our national and international institutions. The economics of survival take precedence over lessons of leadership.

Our legacy of religious, racial, and cultural divisions and wars contradict our belief in a sovereign God whom we claim undergirds our great Western constitutions and Western democracies. The empirical evidence demonstrates that many nations are at a critical crossroads of retaliation and religion. Evidently, there is a conflict between the “worldviews” of leaders, regarding the appropriate response to matters of the preservation of their nation, and national sovereignty.  What is Leadership?

In 2002, Errol Gibbs relinquished his technical career to research, study, and write about the betterment of humanity, enabled by spiritual, moral, social, intellectual, and physical growth and development. Errol’s hope is that his articles will shed light on another path that will better inform the mutual survival of humanity as a viable species.