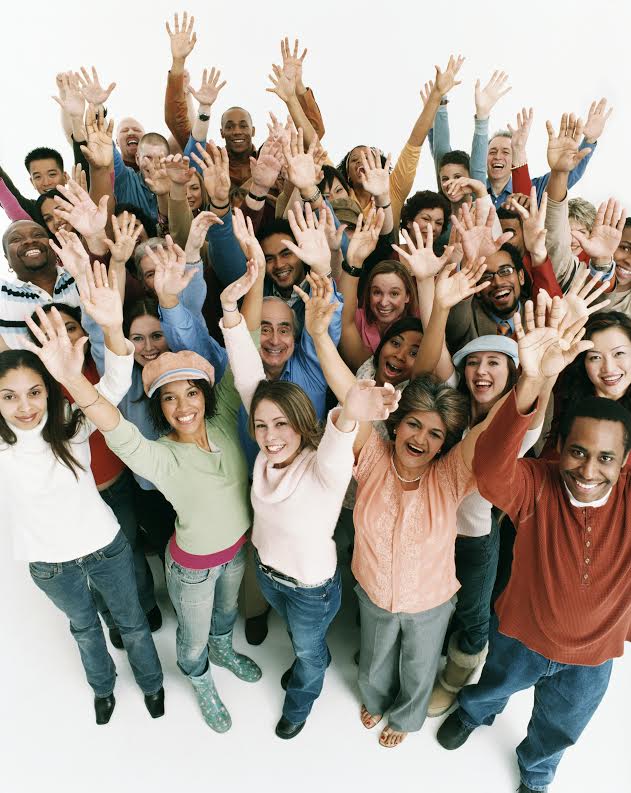 PREAMBLE: This ‘Position Paper’ sets forth that ‘happiness’ can ensure the survival of humankind, but ‘unhappiness’ threatens human survival as a viable species. ‘Unhappiness’ manifests all forms of disruptive behaviors by the humankind, underpinned by nationalism, politics, religion, race, color, culture, social, and economic bifurcation. The paper states further that happiness can transform —positively, the behaviors and lives of people for the betterment of humanity.

For happiness to achieve its ‘goals of transformation,’ it would be essential to institute a Ministry of Happiness (MOH)1 and a Minister of Happiness (MOH)2 as critical leadership initiatives for nations (1,2 with similar mandates, policy directives, measures, and performance audits as other ministries of government). The paper does not include the criteria, or the mechanics for the implementation, which will vary according to the functioning of each country.

The Framers of the American Constitution must have understood, either, by intuition, intellect, or spiritual insights that ‘happiness’ is the essential foundation upon which human survival rests. The Declaration of Independence in Congress, July 4, 1776, states; “We hold these truths to be self-evident; that all men are created equal; that they are endowed by their Creator with certain unalienable rights; that among these are, life, liberty, and the pursuit of happiness” (Thomas Jefferson (1743 – 1826), the 3rd president of the United States of America).

Interestingly, many individuals believe that they ‘alone’ are responsible for their happy or unhappy state, but the evidence; scientific, experiential, and observable, demonstrates that interdependent relationships are at the apex of our happiness (Waldinger, Robert, 2015, Director of the Harvard Study of Adult Development). The ‘pursuit of happiness’ is fourfold, and universal to all of humanity such as (1) Personal; lived experiences (i.e., travel), (2) Interpersonal; shared experiences (i.e., events), (3) Transactional; physical exchanges (i.e., gifts), and (4) Transformational; shared emotional experiences (i.e., marriages).

In the year 2000, the state of unhappiness in the world became a call to action to begin to explore a methodology to measure the Happiness Index (HI) of people. We reviewed books, studies, articles, and international research projects on the subject of happiness, primarily, as ‘happiest nation’ and ‘happiest state’ polls have become a significant part of the global conversation about well-being and happiness.

International travels, experiential knowledge, intellectual observation, cross-cultural talks and dialogues, and the scientific inquiry by others, underpin our research and study about happiness. Our findings pointed to the ‘attributes of happiness’ (Table 1.) as the path to the ‘new’ frontier of public and private leadership in the postmodern era.

The discovery of the need for a Gross Social Progress (GSP) Index, alongside the Gross Domestic Product (GDP) Index, and Gross National Product (GNP) Index of nations seemed like a higher value proposition than GDP and GNP only. GSP is a critical measure of the social and economic status, and progress of peoples of nations.

A GSP Index measure could also better inform the Gini Index and the Poverty Index (PI) of nations (http://ophi.org.uk/multidimensional-poverty-index/global-mpi-2016/). “The Gini index or Gini coefficient is a statistical measure of distribution developed by the Italian statistician Corrado Gini in 1912.

The Gini coefficient is a gauge of economic inequality, measuring income distribution or, less commonly, wealth distribution among a population…” (https://www.investopedia.com/terms/g/gini-index.asp). The World Happiness Report 2017 and the Organization for Economic Cooperation and Development (OECD) Better Life Index 2017 deploy ‘top-down’ investigative models to measure the HI of nations.

Of the three major philosophical eras, premodern, modern, and postmodern, the postmodern era represents the most significant opportunity for leaders in the public and private domain to stem the rising tide of discontent and apathy for leadership, and imbue happy nations. This new opportunity for leadership in the community, corporate, and national and international affairs would better inform the Personal and National Happiness Index (PHI) and (NHI) of nations.

More importantly, the paper calls for a new leadership approach, i.e., a quantum shift away from the ‘Theory of Management’ (i.e., processes, products, tools, and techniques) and to place a greater emphasis on the ‘Theory of Leadership’ (i.e., as humility and servanthood — people first).

The real NHI is a ‘bottom-up’ measure of the aggregate of happy people within a nation, not essentially a function of what a nation affords its citizens. The OECD Better Life Index 2017 identifies indicators such as housing, income, jobs, community, education, environment, health, life satisfaction, safety, civic engagement, and work-life balance as salient to the NHI of nations. Happiness is more complicated and multilayered than some studies would portray as fundamental to ‘material satisfaction,’ which would infer that the haves; have a higher HI than have-nots.

Happiness exists in the ‘spiritual’ (joy), and the ‘physical’ (material) realms of people’s lives. Happiness has a spiritual component for people who forgive, hope, pray, and meditate (Integrating Spirituality into Treatment, Miller, William R., 1999). Scientific investigations have also shown the benefits of spirituality to young people during their early stages of development (The Spiritual Child, Miller, Lisa 2015).

Exploring Postmodern Challenges, the Ecology and the Benefits of Happiness

Over the past century, the world has experienced exponential growth in world religions, human knowledge, financial and material wealth, and science and technology (Scientific.net © 2017). Governments and corporations rely on technicians, technologists, engineers, economists, scientists, and academics in the fields of research, psychology, sociology, management, and politics to help create progressive and functioning societies. The popularity of a Masters’ Degree in Business Administration (MBA), Doctors of Philosophy Degrees, Fellows, and Scholarship underpin the postmodern age of educational sophistication and leadership acumen.

An insightful observer of world affairs and trends could conclude that postmodern educational sophistication should blossom into a ‘new era’ of high civilization with peace and prosperity, hope and happiness, and high quality of life. Unfortunately, unmanaged problems of the ‘past’ such as genocide, wars, racial tensions, and religious conflict pose a challenge to humankind. Refugee migration (http://refugeesmigrants.un.org/), slavery, wealth accumulation, anti-Semitism, global terrorism, war, healthcare issues, and apathy confront leaders in the ‘present.’

The Millennium Project Global Futures Studies & Research (2012) cites emerging problems of the ‘future’ such as sustainable development and climate change, clean water, population and resources, democratization, peace and conflict, rich-poor gap, and the status of women.

The dynamics of the postmodern world call for ‘new’ ways of looking at leadership, not just through political and economic prisms, but Leading with Spirit, Presence & Authenticity (Schuyler, Goldman Kathryn, 2014). A ‘new’ public leadership perspective is necessary; evidenced by the complexity of moral, social, political, and economic problems that postmodern thinkers refer to as ‘wicked problems.’

“Wickedness is not a degree of difficulty. Wicked issues are different because traditional processes cannot resolve them, according to Horst W. J. Rittel and Melvin M. Webber, professors of design and urban planning at the University of California at Berkeley, who described them in a 1973 article in Policy Sciences magazine.” In the book, “Poor Leadership and Bad Governance,” Edited by Helms, Ludger, (2012), it provides a chronology of ‘wicked problems’ facing leaders in our postmodern ear.

The Ecology and the Benefits of Happiness

Public and private leaders are aware by intuition, observation, and by tradition, that happiness is a birthright (Spiritual, inherent, and constitutional). More importantly, the goal is to elevate and sustain the potency of happiness that is a self-sustaining ecology. To achieve an ‘Ecology of Happiness,’ public and private leaders could foster a broader investigative leadership perspective.

These would include the highest democratic ideals of life, liberty, and the ‘pursuit of happiness’ (Thomas Jefferson (1743 – 1826)), underpinned by core human values such as equality, equity, the oneness of humanity, and fairness and justice, as wellsprings of happiness.

“In his Nicomachean Ethics, Aristotle (384 – 322 BCE), describes the happy life intended for man [humankind] by nature as one lived in accordance with virtue, and, in his politics, he describes the role that politics and the political community must play in bringing about the virtuous life in the citizenry.

Politics also provides analysis of the kinds of political community that existed in his time and shows where and how these cities fall short of the ideal community of virtuous citizens.” The acknowledgment of the potency of happiness could begin the process of transforming the lives of individuals, families, communities, corporations, and nations.

The fundamental basis for introducing a happiness manifesto for nations hinges on the salient power that happiness brings to this treatise of public and private leadership. Suffice it to say, the behaviors of some leaders fall short of the expectations of the citizenry, which can result in mistrust, and leadership apathy. Arguably, public and private leaders strive to achieve the noble goals of leadership, punctuated by the following attributes shown in Table 1.

There is a tendency to assume what qualifies the individual as a leader, is his or her position of power, election to an office, or personal attributes (i.e., erudition, charisma, and courage). One might assume that being the head of an organization or institution equates to leadership, but leadership starts with humility and servanthood, as opposed to ‘authoritative’ leadership.

Moreover, leadership begins with an understanding of the higher purpose of human existence, the recognition of human limitations (i.e., inherent, societal, and self-inspired). Table 2 provides a sampling of attributes of happiness that have the potency to help leaders to govern societies better, and still achieve their political, social, and economic goals with greater effectiveness, without diminishing the core leadership attributes delineated in Table 1.

When the happiness attributes in Table 2, underpin public and private leadership as policy directives, and as essential criteria for leadership, academia, and scholarship, it would enable the legal, political, social, and economic viability of nations. The ‘paper’ hypothesizes that happiness is an asset that results in a surplus. Conversely, unhappiness is a liability that results in a deficit, in every measure of human growth and progress such as spiritual, moral, social, intellectual, and physical.

Arguably, unhappiness underpins the cost of mass incarceration in the United States cost of $182.0 Billion per year (Equal Justice Initiative). Moreover, Zoukis, Christopher (2014) cites, “Recidivism is a problem of the highest magnitude. Every year we, as a nation, spend over $60 billion on prison systems, a limited portion of which is used on first-time offenders. This is money drained away from early education initiatives, state universities, and other essential social services…” Likewise, the total (federal, provincial, and municipal) public spending on criminal justice in Canada per year of $20 billion (The John Howard Society of Canada.

Finally, the ‘position paper’ proposes the development of a mobile app, facilitated by an Open Source Software (OSS) that could facilitate customization, flexibility, interoperability, and auditability, for a wide range of applications within their ‘domain of inquiry.’

Responders could use to facilitate their inquiries about their “Personal Happiness Index (PHI) — self-directed. A Self-improvement (SI) feature of the OSS can facilitate tracking of self-improvement of the individual’s happiness journey.

Researchers could use the app to track and measure happiness trends in nations (National Happiness Index (NHI)), institutions, organizations, corporations, governments, and international agencies — wherever ‘happiness indexes’ or other criteria are essential for viability. Respondents could upload data from a broad network of apps to establish just-in-time responses (happy or unhappy) to a host of variables such as time, seasons, or responses to major corporate initiatives.