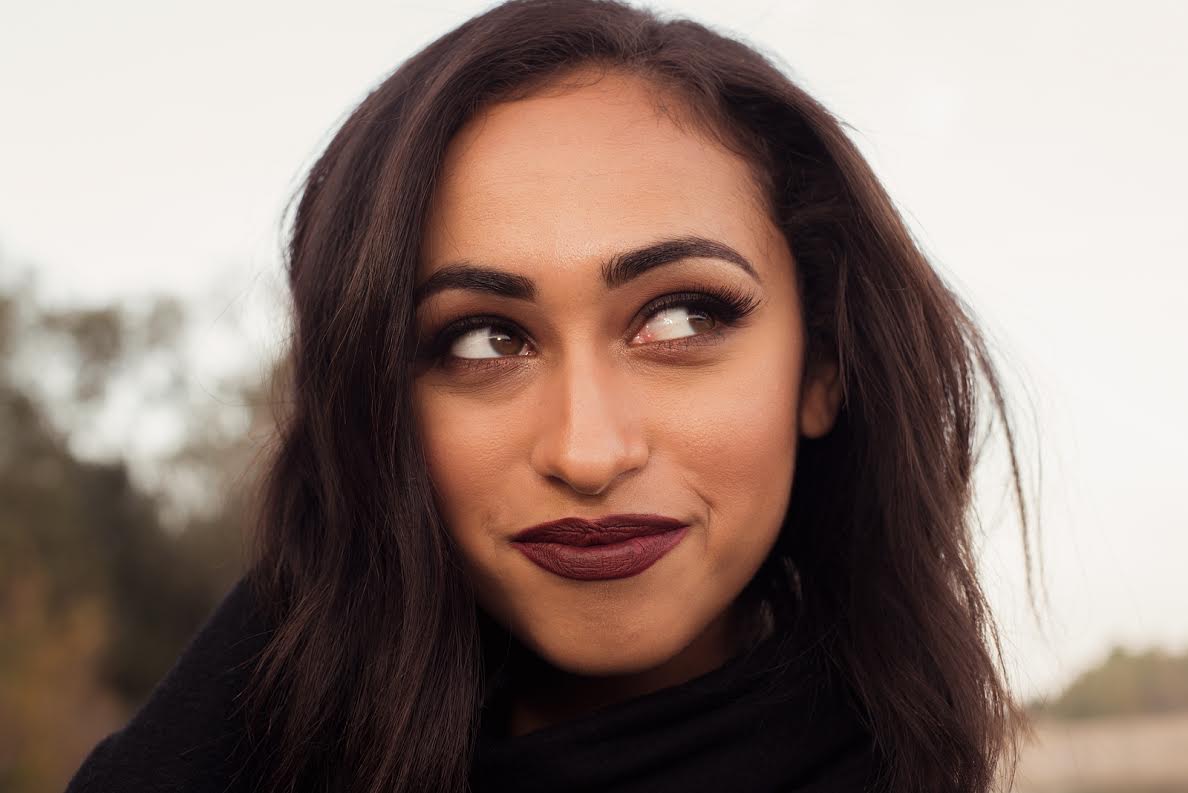 “At bottom, every man knows well enough that he is a unique being, only once on this earth; and by no extraordinary chance will such a marvelously picturesque piece of diversity in unity as he is, ever be put together a second time” ― Friedrich Wilhelm Nietzsche (1844–1900).

We should all strive to achieve positive self-esteem, which puts us in a happy state of being. The persona that we see in the mirror is often in contrast to the magazine and television images of movie stars and models. This phenomenon of looking at oneself through figures in magazines or the media serves to perpetuate two different responses. First, individuals with high self-esteem use the images to boost their self-esteem and feelings of happiness with themselves. Second, individuals with low self-esteem further provoke their feelings of unhappiness, often with a desire to create a different image of themselves.

Regardless of how we esteem ourselves (high or low), the act of comparing ourselves with others can cause mixed emotions from happiness to unhappiness. Mere observation teaches that people who demonstrate high self-esteem are happy, outgoing, highly socialized, self-assured in dealing with others, and have a zest for life. Conversely, people who display low self-esteem may exhibit a lack of confidence, lack of an outgoing personality, and lack of enthusiasm for life.

Children’s self-esteem begins within the family. They do not have a choice who their parents are, the household of their birth, or the environment in which they grow — happily or unhappily. Some children are born into families whose parents have the financial means to provide for all of their needs. Other parents’ may lack the financial resources to meet their children’s basic needs for some material things, diet, and nutrition, or even the time for their nurturing. Children may not be conscious of the positive or negative conditions under which they live or how these conditions may influence their lives and their behaviors in the future.

Although some parents may use their financial capacity with the hope that it will boost their children’s self-esteem such as enrollment in music classes, athletic programs, and the purchase of fashionable clothes. Material things alone may not be sufficient to shield children from low self-image, low self-worth, or low self-esteem because self-esteem begins from within the spiritual, psychological, and physiological being of the individual. Likewise, low self-esteem is not merely a problem of an individual. Low self-esteem can influence an entire community of people.

Over the centuries, American and Canadian Native Indian populations and other indigenous peoples of the world have faced a similar assault on their self-image, self-worth, and self-esteem as human beings. Entrenched color and racial bias, castes, and social and economic class structures underpinned the prejudice against these cultures. As humanity progressed up through the centuries, the populations of these cultures have diminished, with some remnants still inhabiting remote parts of the world, barely visible to sophisticated Western cultures.

Western nations have written treatise; constitutions, charters of rights and freedoms, enacted civil rights laws, and penned employment equity laws for the protection of its citizens, with some rights extended to indigenous cultures, at least in principle, if not altogether in practice. A peculiar phenomenon playing out on the Western front of the twenty-first-century stage is the lingering vestige of “Black” African slavery of the sixteenth to nineteenth centuries in the Colonies. These include slavery in Africa, the Caribbean, Central and South America, and the United States of America, and its aftermath still overshadows the self-esteem of many.

Organizations such as the United Nations (UN) (1946) created the United Nations Educational, Scientific and Cultural Organization (UNESCO) for the preservation of the rights of human beings throughout the world regardless of color, culture, language, creed, or race. The formation of the UN represents a change in attitude at the highest international levels of governance. In the mid to late nineteenth century, “Black” people on the North American continent began to resist the negative images of “Black” inferiority. They began to adopt a persona of being “Black” and proud as a metaphor for positive self-esteem and the hope of being recognized as full persons — paradoxically.

As nation’s leadership continues to evolve to more widely informed and democratic principles, some governments have formed human rights commissions and other equity programs to combat racism and other forms of systemic discrimination in the workplace. Although problems still linger as global immigration introduces another unique challenge for humanity, the hope is that these global initiatives will continue to inspire better international relations for the betterment of future generations.

The rapid changes that are taking place in the postmodern age and the rising tide of disillusionment and youth violence (against themselves and society) are indicative of low self-image, self-worth, and self-esteem as factors to consider. Experientially, the lives of children and adults of past generations and those in the postmodern age are generations apart. How can leadership address these concerns in the postmodern era? The seven levels of infrastructure cited below could help to encourage a more integrated approach to better nurture and bolster the self-esteem of children throughout their life’s trajectory from infant to adulthood.

SEVEN LEVELS OF INFRASTRUCTURE (INTEGRATED) TO NURTURE, EDUCATE, AND ADMINISTRATE THE LIVES OF CHILDREN AND ADULTS:

Inspired leaders have a concern for the happiness of their citizens, and the desire to increase their self-image, self-worth, and self-esteem, to engender better societies. A strategy would be to enlist the above seven entities, integrated for the development of the self-esteem in children and adults as well. They are mutually inclusive for “Optimum” self-esteem, which underpins people’s “Optimum Happiness” (OH). People tend to relegate the challenge of self-esteem primarily to the individual, oblivious to the fact that each life is “inexplicably linked” interchangeable to all seven levels of entities above as they influence human growth and development. It is for this reason that people’s cry is often unheard until he or she breaks down with catastrophic consequences to self, family, or community. Often, it is only in retrospect that family members “cry out” that they knew (intuitively) that something seemed odd about the behavior of their child, relative, associate, or friend.

Incarcerated youths and adults are probably the most significant populations of individuals with challenges of low self-worth, low self-image, and low self-esteem. Their entanglement with the justice system may result from their attempts to elevate their image by engaging in power-enhancing behaviors that can only cause unhappiness for themselves, their families, and the community. It is essential to demonstrate high self-esteem within the family as a first indicator of the child’s ability to cope in a postmodern world. Although accountability for one’s behavior is a significant factor in bringing about change, the most important opportunity for national stability is to observe and help to elevate the self-esteem in children.

Despite the reasons for the delinquent’s contact with the justice system, there are “windows of opportunities” for parents, businesses, religious institutions, industries, and governments to collaborate on solutions that could mitigate some of the challenges with children and youths.

Self-esteem, one might argue, is a very confusing facet of the human psyche because fundamentally, the person who we are exists on the inside. However, what seems to preoccupy people’s mind is how others view them on the outside and thus allows one’s color, race, culture, age, size, height, and looks to act against him or her and thus impair human relationships.

The demands and influences of postmodern societies can become an obsession, and some youths may succumb to wrongful behavior in a quest to satisfy their material wants. No amount of material possessions or financial and educational successes can make, engender, or indeed elevate self-esteem apart from the knowledge of our higher self-image and self-worth as persons uniquely made with unique gifts.

Fortunately, the majority of people can cope with, and manage feelings of lethargy and low self-esteem. More importantly, the intuitive nature of parents often helps them to detect signs of low self-esteem in their children. Family members and others such as teachers, ministers, and family physicians can also observe and respond to changes in children’s behavior, and provide qualified guidance. Following are twenty principles of childhood nurturing and development practices that parents and family members should consider for the growth of healthy, happy, and creative children.

The diligent daily practice of these twenty principles can overwhelm some parents in our fast-paced, materially driven society, but they can begin a process to transform the lives of children and adults from low self-esteem to high self-esteem. Low self-esteem also has causal factors emphasized by the lack of education, lack of creative endeavors, endemic poverty, poor image of self and worth, and general feelings of powerlessness and an unhappy state of mind, but it does not have to be permanent. Early intervention and investments in the nurturing and training of children can have significant benefits to the stability of the individual, family, and nation. One can surmise that a positive mental state of the people of a country contributes to the positive side of the social and economic ledger, and stability of nations.