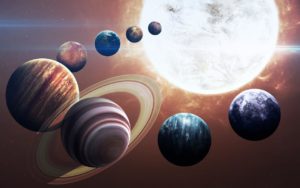 “This most beautiful system of the sun, planets, and comets, could only proceed from the counsel and dominion of an intelligent and powerful Being.”

The principal lesson that humanity can learn that will engender “happiness” and “joy” is the need for spirituality in our lives. The apparent decline in the display of international peace and harmony and the spread of violence worldwide among nations confirms a parallel decline in spirituality, worldwide as well. There are fundamental relationships between “spirituality” and “happiness.” Research demonstrates that persons who are spiritual and seek spiritual guidance exhibit a higher sense of purpose, well-being, and happiness than those who rely on other resources for nurture their happy state.

A belief in the spiritual existence of God, gods, or a divine being, underpinned every civilization. Moreover, the visible presence of churches, chapels, cathedrals, monasteries, synagogues, temples, and mosques dispersed across nations is a testimony to a belief in a superior authority that extends throughout human civilization from the premodern, to the modern, and up to the postmodern era.

Sally Quinn, January 24, 2014, The Washington Post: “Religion is a sure route to true happiness. Catherine Sanderson, a psychology professor at Amherst College, recently gave a talk, ‘Positive Psychology: The Science of Happiness,’ in which she described things that we think will make us happy but do not and things that really do. It turns out that a private plane would not make me happier. (I am still not convinced.) It also turns out that people who have religious or spiritual beliefs are happier than those who don’t, no matter what their beliefs.”

Despite people demonstrating their faith, belief, and practice, which are the three pillars that validate religion and spirituality, the world has been rife with revolutions, uprisings, acts of genocide, and wars for centuries. These acts have spread fear, anxiety, and unhappiness throughout the Earth.  Paradoxically, faith, belief, and practice have helped to bring humanity out of the Middle Ages (Dark Ages) (AD 500–AD 1000), into an era of enlightenment (http://www.britannica.com/event/Dark-Ages). 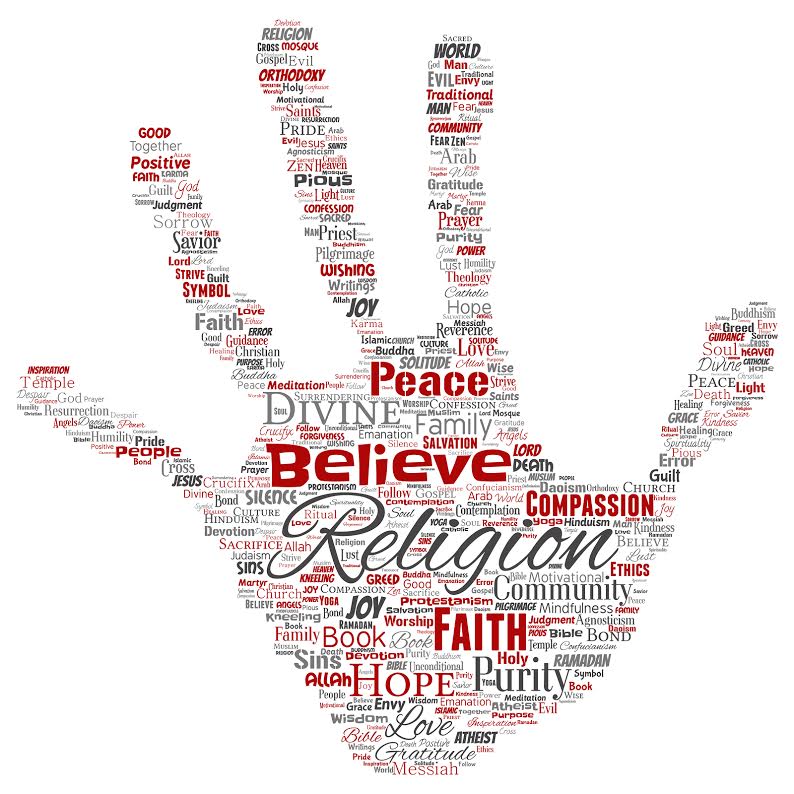 Why did human beings abandon such an impressive path, and put its hope and trust in a materially driven life, punctuated by postmodernism? We cannot change the past, but we can ask the present for forgiveness for past transgressions to bring about healing and happiness in the future. Despite six thousand years of recorded history, growth in the number of world religions, institutions of learning, and human knowledge, the world exhibits a noticeable decline in “spiritual progress” as it lags behind “material progress.”

The prophets of old have pointed humanity to many of the reasons why spirituality will decline in in the era of enlightenment and postmodernism such as fear, anxiety, pride, greed, avarice, self-centeredness, and materialism. Likewise, people “will run to and fro, and knowledge will increase” (Daniel 12:4). The rise of the intellectual class and the increase in the influence of science and reasoning. Moreover, the new era of assertiveness fostered by the growth of the university network through the world and the scholarly narrative, which primarily excludes God-centeredness as central to human existence in the postmodern era.

Today, a belief in religion and spiritual absolutes have mostly given way to Agnosticism, Neopaganism, Spiritism, Universalism, Humanism, and Zoroastrianism, as well as the more familiar world religions, some of which date back to antiquity, and new religions that have come to the surface as alternatives to religious orthodoxy. We have now arrived in the twenty-first century, somewhat confused and unhappy with the state of our postmodern world. We can begin a new “search for spirituality,” which is essentially a “search for happiness,” which leads to a more permanent state of “joy.”

Is it sufficient to display such qualities as love, care, and compassion to those who belong to our race, religion, culture, or social and economic class, and then provide a “moral alibi” for our behavior towards others? The human conditions of love, care, and compassion are compatible with spirituality. There cannot be spirituality without the power of prayer, love, hope, and happiness.  Our fervent prayer is what begins the transformation process in our lives when things go wrong. It is our faith that sustains us, but trust, faith, belief, and practice must be congruent to be fruitful in human lives.

Furthermore, the following ten HR practices translate to better relationships with fellow human beings, referred to in Christian literature as a display of the “fruit of the spirit” such as love, joy, peace, longsuffering, kindness, goodness, faithfulness, gentleness, self-control, which rises above human laws.

Practice daily the above ten VR and HR activities and they will imbue one’s state of health, contentment, and happiness. They may not be simple to follow, but combined, these twenty VR and HR practices constitute a blueprint for improving human relationship with God and human beings, which are mutually inclusive as well. The higher relationship with God (VR) serves to establish the foundation for a right relationship with fellow human beings (HR). These relationships inform the stability of the human family and transcend happiness as a world-changing imperative from “happiness” as a material compulsion to “Optimum Happiness” (OH) underpinned by “joy,” which is a “spiritual imperative,” though, for some, spirituality is a complex narrative.

Lisa Miller, Director of Clinical Psychology at Columbia University’s Teachers College, in her new book The Spiritual Child, says: “She is convinced not only of spirituality’s health benefits for people in general, but of its particular importance for young people during a stage of human development when we are most vulnerable to impulsive, risk or damaging behaviors. In fact, Miller declares, spirituality, if properly fostered in children’s formative years, will pay off in spades in adolescence. An intensely felt, transcendental sense of a relationship with God, the universe, nature or whatever the individual identifies as his or her ‘higher power’” (Maclean’s Magazine, April 6 & 13, 2015, Volume 128, Number 13 & 14, p. 45).

Multigenerational families have been the bastions of religious teachings handed down for generations in a kind of “spiritual osmosis.” Religious instructions have also been the stabilizing force in the lives of generations of families. Nonetheless, the postmodern age distinctly differentiates each generation on vital issues of their growth and survival as autonomous human beings. The most critical advantage is when the spiritual path imbues the mind during early childhood training and development. The practice acts as a recall mechanism as the child becomes a youth, and the world presents a different set of values and choices than the home offered — the first society of altruistic love.

Parents of past generations used physical discipline to reinforce their training of children, but the physical punishment of children has given way to more informed ways of bringing up children. Regardless of the noble intentions of parents to maintain the religious traditions of yesteryear, it is a considerable challenge today, because families have lost an essential ally in public schools that once reinforced religious traditions.

This political and religious bifurcation is problematic for nations because governments and religious organizations take distinctly different paths as they attempt to achieve similar goals for the creation of orderly societies. New and emerging debates tug further at the unity of religious and spiritual discourse; the rights (and status) of the unborn, same-sex marriage, the build-up of armaments, military defense, terrorism, discipline of children, ordination of women, prayer in schools, capital punishment, and separation of Church and State, which is a Western phenomenon.

The more significant loss to the State is the transcendent “joy” that can come only from “spiritual nurturing.” It alone can sustain the soul when material happiness, which satisfies the outer-self; but fails to satisfy the inner self. A life without joy can lead to anxiety and depression in children, adolescents, and adults as well. Joy comprehends happiness, but happiness may not comprehend joy. Joy is a spiritual attribute, but happiness is a material attribute.

Moreover, joy is the sentinel that guards the soul when happiness takes flight temporarily. Practice the spiritual attributes of loving, caring, giving, and sharing daily and an overwhelming joy will spring up in your life. Joy surpasses happiness because it is within us as opposed to outside of us. Happiness has a natural connection to that which is external, hence the tendency to give or receive something tangible to enter a temporary state of well-being. Joy helps us to overcome daily challenges, although we may become temporarily unhappy with a particular situation.

People experience a mixture of happiness and joy when they receive a gift or celebrating a significant event such as birthday or marriage. Devout religious individuals understand the nature of joy that comes from exercising their faith, belief, and practice, even when faced with challenges in daily life. People know the difference in circumstances that transcends happiness and joy. They can be unhappy with a situation but still maintain their joy, which comes from knowing that when human beings fail each other, we rely on our inner spiritual being for our source of happiness.