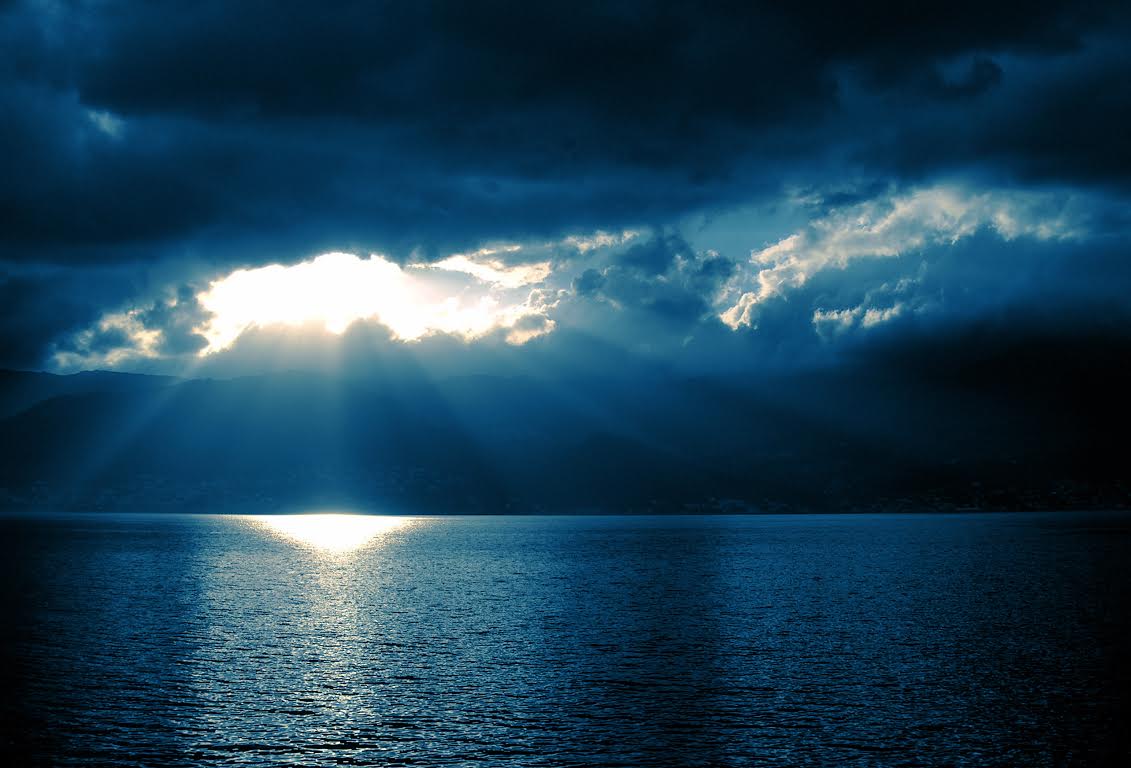 What is Enlightenment? “The Age of Enlightenment, sometimes called the Age of Reason, refers to the time of the guiding intellectual movement, called The Enlightenment. It covers about a century and a half in Europe, beginning with the publication of Francis Bacon‘s Novum Organum (1620) and ending with Immanuel Kant‘s Critique of Pure Reason (1781).

From the perspective of socio-political phenomena, the period is considered to have begun with the close of the Thirty Years’ War (1648) and ended with the French Revolution (1789.)“…Enlightenment thinkers argued that reason could free humankind from superstition and religious authoritarianism that had brought suffering and death to millions in religious wars. Also, the wide availability of knowledge was made possible through the production of encyclopedias, serving the Enlightenment cause of educating the human race…”

“For himself (and only for a short time) a man may postpone enlightenment in what he ought to know, but to renounce it for posterity is to injure and trample on the rights of mankind” — Immanuel Kant (1724-1904).

Is enlightenment merely the product of social, cultural, and scientific changes of fifteen, sixteenth, and seventeenth-century Europe? These changes brought about sophisticated lifestyles, and material wealth and power. They fostered lives of materialism, and have caused people to view material wealth and power as the primacy of human existence, and the dominant measures of human progress and enlightenment.

In this brief discourse, however, enlightenment does not refer to the “Age of Enlightenment” described by post–medieval times. The obvious axiom is to the relationship between God and man. It relates to the enlightenment that comes from the light of God (John 8:12). This form of enlightenment provides access to His divine knowledge, wisdom, and understanding as we adopt new behaviors toward our neighbors (Horizontal Relationship (HR)) underpinned by our daily communion with God (Vertical Relationship (VR)).

Our most significant revelation is the understanding that we are spiritual beings trying to master human experiences, living temporarily in physical bodies. Similar to the roots of a tree that connects to the earth and draw nutrients from the ground to sustain the life of the tree, similarly, the connection between the human spirit and God’s Spirit supports human life.

When we extract the roots of the tree out of the ground, the tree dies. Similarly, when we separate ourselves from God (the divine source of life), we affect our capacity for fulfilled living, and we die spiritually, which is the first death, then we die physically, which is the second death hence there is a spiritual hunger in us that only God can satisfy.

We come alive first as a spirit before we become alive in our mortal bodies (Jeremiah 1:5). Therefore, the first imperative of human growth and development ought to be spiritual enlightenment, which is the highest form of enlightenment, and it transcends other forms of enlightenment such as moral, social, intellectual, and physical enlightenment. Scientific intelligence has mostly replaced the search for “Spiritual” intelligence, as the preeminent path in our search for answers to the origin and purpose of life, as we set about to explore the universe to find answers to human existence.

God foreknew that human beings would honestly seek to be enlightened and that some would interpret material, scientific, and philosophical advancements as enlightenment. He also foreknew that the world would misconstrue the quantum leap from the premodern era, to the modern era, and to the postmodern era as enlightenment. Moreover, each advancing age (industrialization, electronics, space, information (the knowledge economy), and the postmodern age of the machines (Artificial Intelligence (AI)), as enlightenment, as opposed to advancements in science and technology.

God foreknew that our intellectual achievements, scientific prowess, and material wealth would lead us further away from His source of light (enlightenment). Our lives then become less fulfilling, evidenced by our diminished capacity to order our own steps (Jeremiah 10:23). We wage endless wars with each other in a vain pursuit of peace, security, and supremacy. How do we change this human dynamic?

When we walk with God (in the spirit), we are not afraid of the darkness of the world. Our light shines so that others see a path that leads to Him. Conversely, with God’s enlightenment, we have the potential to create a better world with peace and happiness, not just for ourselves, but also for our immediate and distant neighbors. It is only then wellsprings of love and care can flow through a heart of love (agápē) for fellow human beings regardless of station in life.

We begin to display the “fruit of the Spirit”: “But the fruit of the Spirit is love, joy, peace, longsuffering, kindness, goodness, faithfulness, gentleness, and self–control. Against such, there is no law” (Galatians 5:22–23 NKJV) (circa CE 57–58). Therefore, to walk with God is to walk on a lighted path (Psalm 119:105).

Education is the vehicle, which bolsters all human action, and in the classic sense education is the function of our great colleges and universities. Education ought to be the “first fruits” of enlightenment (love for fellow beings) as the first imperative of learning. One can achieve the goals of educational enlightenment when the educational agenda acknowledges the importance of spiritual, moral, social, intellectual, and physical enlightenment as salient for human development. We refer to this important form of education as a “Wholesome Education” (WE). 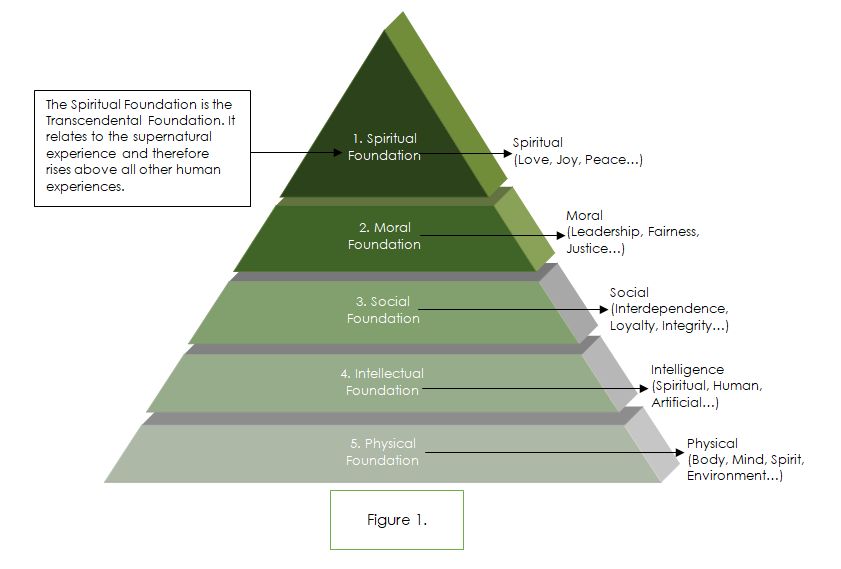 This new approach to education” establishes the basis for the true enlightenment of peoples and nations, but not merely as “Academic Information Literacy” (AIL) and numeracy measures. The potency of a Wholesome Education Curriculum (WEC) ought to deliver on outcomes similar to AIL. WEC underlies the solutions to all of the problems faced by individuals, nations, and international community of nations.

A WEC leads to successful careers, loyalty in marriage, happy families, successful living, healthy environment, and enlightened and happy people and nations. Only then, all countries can advance socially, intellectually, and economically with some level of parity. Educational enlightenment helps individuals, societies, and governments to see beyond the narrow sphere of self, and to widen their vision beyond race, family, religion culture, colour, and national boundaries.

ENLIGHTENED GOVERNMENTS AND THE LAW:

Human governments and citizens operating in the light of God can accomplish what tens of thousands of human laws, and billions of dollars, can only partially realize. What human laws cannot do, moral enlightenment can achieve with perfect ease. Moral enlightenment enables human laws that appeal to moral motivation, underpinned by the immutable law of God. Human laws are necessary, but alone, they do not cultivate overall goodness in human beings. Obedience to human laws mainly seeks compliance, based on fear of censure or punishment by others, rather than fear of God as the first imperative for human behavior (Psalm 111:10).

“. . . Kings, aristocrats, tyrants, whoever they [may] be, are slaves rebelling against the sovereign of the earth, which is the human race, and against the legislator of the universe, which is nature” ― Maximilien de Robespierre (1758-1794).

The reality of our postmodern era is that we have come to crossroads of enormous financial and material progress on the one hand; and on the other hand to a decline in spiritual, moral, social, intellectual, and physical enlightenment. With this new knowledge, there is neither an excuse nor a moral alibi for not embracing this new path.  What can people do to reaffirm orderliness in the world?

We often rely on governments to bring about social order and forget the transformational power that is inherent in the above fifteen activities that each of us can practice as the “first fruits” of true enlightenment.