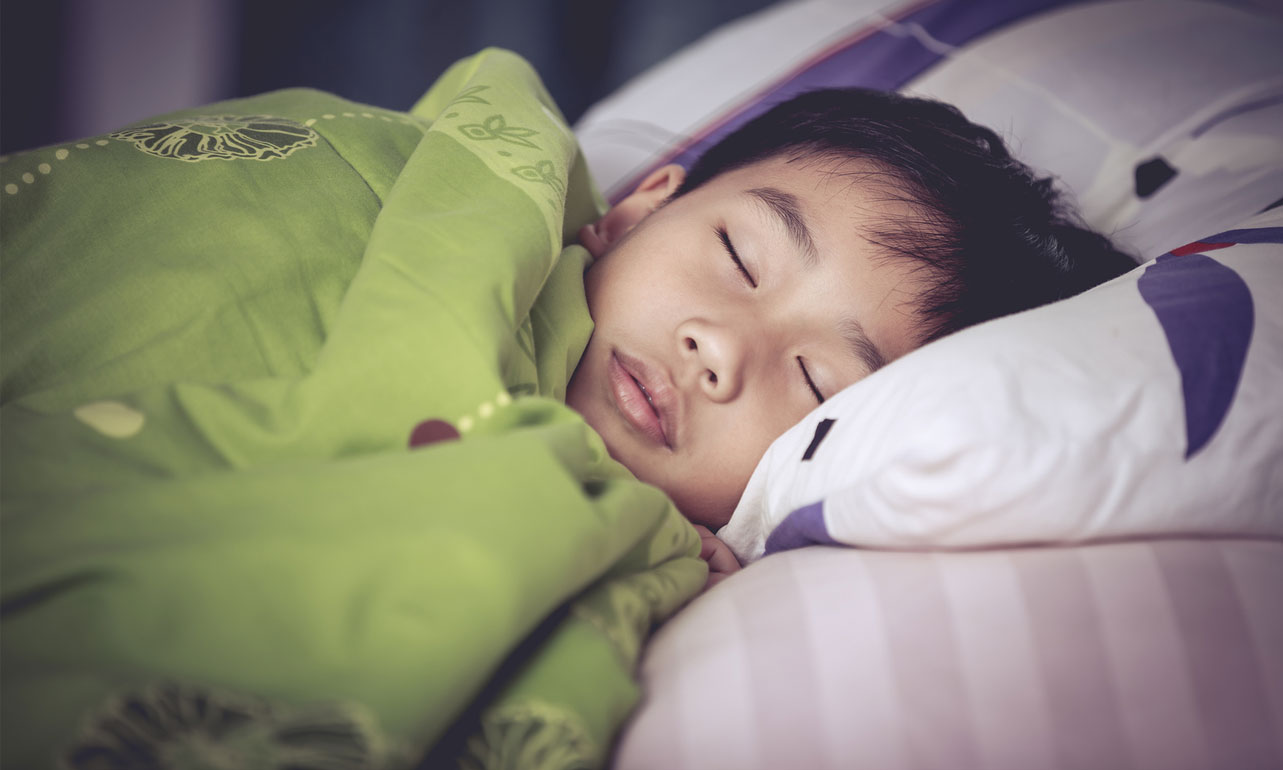 What is Peace? Is peace merely an agreement between people or nations? The answer is as fundamental as the question. Peace is a facet of God, rather than of human beings. Peace is a “spiritual attribute” as opposed to a “human attribute.” Framed in specific Biblical guidelines is the path to peace: “Blessed are the peacemakers, for they will be called the sons of God” (Matthew 5:9 NKJV).

“These things I have spoken to you, that in Me you may have peace. In the world, you will have tribulation, but be of good cheer, I have overcome the world” (John 16:33 NKJV). ”Peacemakers who sow in peace raise a harvest of righteousness” (James 3:18 NIV). Peace is not merely the absence of human conflict, but the imposition of the reign of love and reason among people, which can only come from the heart of love (agapé).

Nations of the world speak of peace, as the highest imperative of human survival as a viable species, yet world peace has never been more elusive than it is today, regardless of our desire for peace. When we comprehend and accept this most important fact, human civilization would have taken its first step toward peace.

The prophet Isaiah wrote, approximately twenty–five hundred years ago: “The way of peace they have not known, And there is no justice in their way; They have made themselves crooked paths; Whoever takes that way shall not know peace” (Isaiah 59:8 NKJV) (circa 712 BCE). The fundamental question is, “why cannot we live in peace, who or what are the great enemies of peace?”

“Five great enemies to peace inhabit with us: avarice, ambition, envy, anger, and pride. If those enemies were to be banished, we should infallibly enjoy perpetual peace” — Francesco Petrarch (1304-1374).

ARE NATIONS’ PREPARING FOR PEACE OR WAR? 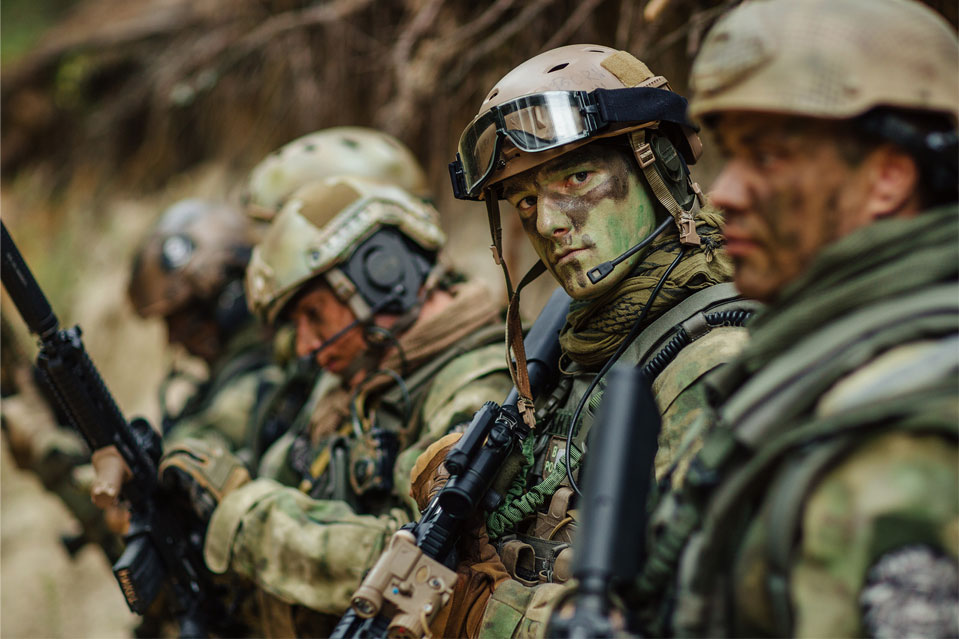 The Hebrew word for peace is Shalom; the underlying meaning of shalom is harmony, completeness, soundness, well-being, and success in every area of human endeavor. Shalom also refers to a state of family unity, peace with one’s neighbors, and freedom from fear and anxiety.

Shalom is contentment within our souls and with God (Numbers 6:26; Romans 5:1). When we think of peace, visions of peaceful coexistence among nations come to mind, yet this peace eludes humanity because only the joy of the Lord transcends peace. World nations are in a state of preparation for war as opposed to preparation for peace.

When nations’ leaders equip themselves with God’s Spirit of love, joy, peace, patience, kindness, goodness, faithfulness, gentleness, and self–control, they will prepare themselves for peace. Conversely, to be in preparation for war means to be equipped with Weapons of Mass Destruction (WMD) as many world nations are.

Preparation for war brings fear of each other and takes humankind further away from the noble goals of peace that we crave. Fear of each other has paralyzed the nations of the world, and this fear has its roots in the flesh. Faith in God and His Word helps people to overcome fear because fear has a spiritual nature (2 Timothy 1:7). The great horrors of wars over past centuries have not inspired nations’ leaders to veer off the path of violence and to turn onto the path of non–violence.

Over the centuries, as the world has shifted to a new paragon of self−governance, generally apart from God’s immutable law. The rational observer ponders the proliferation of human laws that seem to govern all life. Arguably, hundreds of thousands of human laws are a testimony to this fact. Nevertheless, the fact remains that obedience to the authority of God results in love, joy, peace, hope, happiness, fruitfulness, and a genuine progress of nations. Conversely, violation of God’s law can cause pain and suffering, and separation from His providential guidance, thus bringing about a decline in our ability to manage His creation and achieve lives of fulfillment. The spiritual presence of God in the world enables us to overcome our inclination to stray from His path.

We are often tempted to retaliate when we are harmed in any way, but Ernie Regehr, (1980) makes this observation: “In one of the more famous sayings of Jesus Christ (Matthew 5:38–42), he is reported as rejecting the old law of ‘an eye for an eye’ and introducing a radical new law. What is particularly important about this new law is that it is not passive or merely prohibitive. Instead, the new law describes the action for the followers of Jesus and outlines responsibilities, which they are to take on. To be peacemakers, to express God’s gift of love, it is not enough simply to refrain from doing overt violence.”

“It is, of course, tempting to assume that when we are personally removed from direct participation in violence, or when we denounce acts of violence or terrorism, that we are somehow acting as peacemakers and fulfilling the new law, but the new law requires more. To break the cycle of violence that represents the old law of an eye for an eye, it is not enough simply to turn the other cheek (though that we must do). There are additional obligations placed upon the followers of Jesus – in fact, the acts of giving one’s cloak and the sharing of wealth represent the command to do economic justice, without which the cycle of violence cannot be broken, and there can be no peace.”

After six thousand years of recorded human history (on the grand scale), people have not learned to communicate effectively with each other on religious, social, racial, cultural, economic, and political platforms. Only an understanding of the spiritual purpose of human existence can propel us to new heights in human relations; and this knowledge is essential to unite people in a common bond of peace, or risk descent into yet another catastrophic global confrontation —World War III.

“I can see how it might be possible for a man to look down upon the earth and be an atheist, but I cannot conceive how a man could look up into the heavens and say there is no God” — Abraham Lincoln (1809-1865).

Schools, colleges, and universities have become the manufacturing centers of human knowledge. The knowledge base of our postmodern era is a testimony to the enormous progress in the human understanding of physical matters. The physical evidence of scientific progress underpins every aspect of daily life, yet the critical issues of peace (life and death) continue to confound humanity.

Despite the diversity of world peace organizations and world religions, scientific knowledge seems to surpass religious knowledge. Those who observe and record major trends in the world provide evidence such as the ease of production of supertankers, super–cruise ships, supersonic airplanes, long–range space probes, genetic engineering, and genetically modified foods. They tell us that our storehouse of human knowledge doubles with each passing decade. Notwithstanding, science has not provided us with a reason for our existence or with an undeniable first cause of the universe, or why peace eludes humankind.

WHAT THEN IS THE PATH TO PEACE?

Which path shall nations take to find solutions to international peace? The Apostle Paul, writing to the Colossians, counsels: “But above all these things put on love, which is the bond of perfection. And let the peace of God rule in your hearts, to which also you were called in one body; and be thankful” (Colossians 3:15 NKJV) (circa CE 61).

Can such a message resonate in the postmodern world punctuated by religious bifurcation? People are adherents of Christianity, Hinduism, Jainism, Sikhism, Buddhism, Judaism, and Islam, just to name a few religions. People are ready to defend their religion but often shrink in the practice of their faith. We are religious, but do our beliefs matter if our religions divide us, and set us apart, because of our superficial differences? Can our religions lead the way to peaceful coexistence and unite us as a human family?

People are African, American, Australian, British, Canadian, Chinese, French, German, Indian, Jamaican, and Russian – just to name a few nationalities. Moreover, people are nationalistic. Nationalism can be positive or negative. People are White, Black, and Brown. We often forget that we are the world composite of all human needs, thoughts, feelings, hopes, dreams, and aspirations, and of our violent nature as well. Can a nation secure its peace or its national interest apart from the international concern of humanity? How can the international community of nations find peace?

World nations peering through their respective prisms, struggle to achieve unanimity on what is peace. Peace ought to be the foremost of all human pre-occupations because all of the human progress is meaningless without peace. Which nations can we say are responsible for the ravages of wars? Can we blame a nations’ ideology, its politics, its religion, its race, its culture, its economics, its nationalism, or its pride?

We claim democracy in the name of our political affiliations, but what does it matter if democracy in name, nature, and practice mean something different to different parties. We often forget that we are, first, members of the human family, with a common heritage.

Is peace a political or military imperative as opposed to a spiritual imperative? Peace begins with God who is the source of peace (John 14:27). If we miss this most important distinction, our desire for peace becomes a vain pursuit, marked by futility and frustration, and a recurrent drain on valuable human and financial resources, while human suffering continues unabated, and peace remains a grand illusion that we pursue. What is Peace?

“Peace is the work of justice indirectly, in so far as justice removes the obstacles to peace; but it is the work of charity (love) directly, since charity, according to its very notion, causes peace” — Thomas Aquinas (1225-1274).

In 2002, Errol Gibbs relinquished his technical career to research, study, and write about the betterment of humanity, enabled by spiritual, moral, social, intellectual, and physical growth and development. Errol’s hope is that his articles will shed light on another path that will better inform the mutual survival of humanity as a viable species.