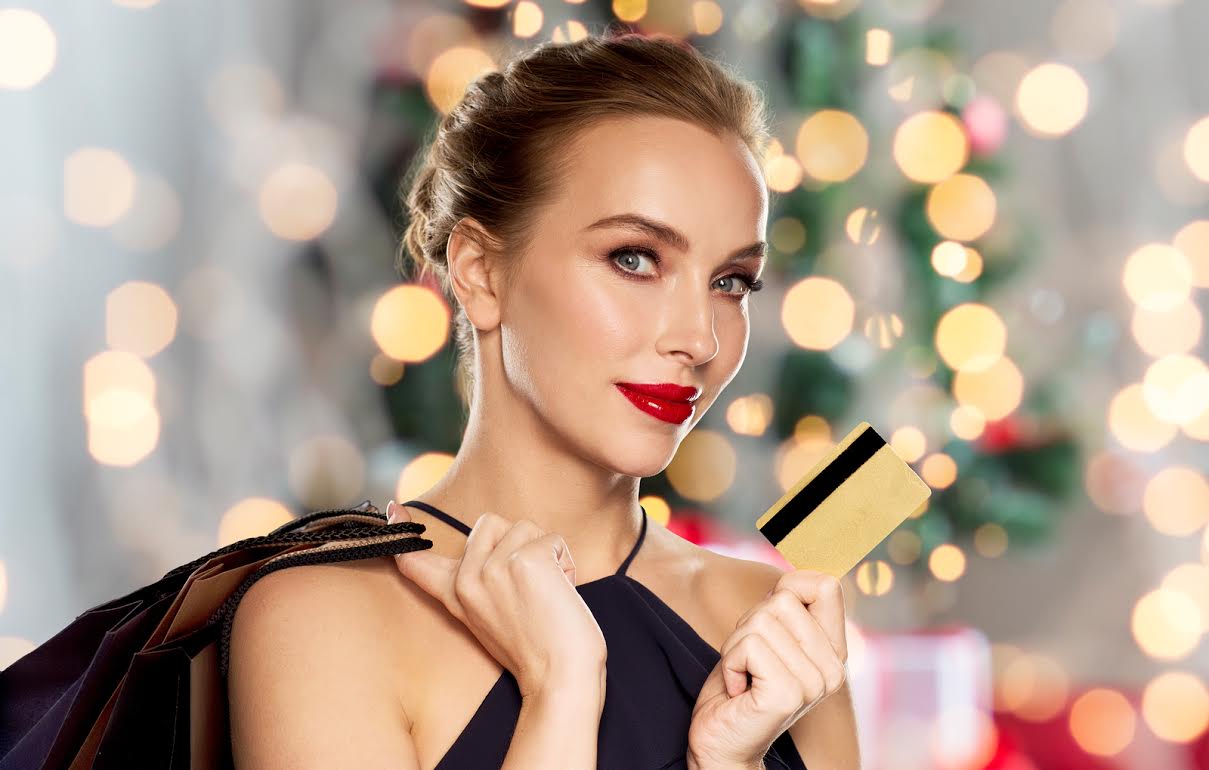 Is money synonymous with happiness? Can money buy happiness? Money may not buy happiness, but it is a crucial factor in the happiness equation. Unlike agrarian societies, money is the principal exchange in postmodern capitalist societies. Many individuals would say that they are happy when they have sufficient money to satisfy their immediate needs and the needs of their immediate family. For some others, wants supersede needs to fulfill a more comfortable life, and then there are those for whom only a lavish lifestyle will suffice, even if it means taking risks, financial and otherwise.

On the other side of the economic equation, lack of money may present a major challenge to individuals, married couples, families, corporations, and institutions. Having an adequate source of money is essential to our survival to purchase goods and services, though money can be a “double-edged sword.”

An anonymous writer puts money in an unusual context thus:

“Money will buy a bed but not sleep; books but not brains; food but not appetite; finery but not beauty; a house but not a home; medicine but not health; luxuries but not culture; amusements but not happiness; religion but not salvation.” —Author Unknown.

There is a broad range of perspectives regarding money. For instance, Andrew Blackman, the Wall Street Journal, November 10, 2014, provides an answer to the age-old question. Blackman says:

“Can money buy happiness? Over the past few years, new research has given us a much deeper understanding of the relationship between what we earn and how we feel. Economists have been scrutinizing the links between income and happiness across nations, and psychologists have probed individuals to find out what really makes us tick when it comes to cash. The results, at first glance, may seem a bit obvious: Yes, people with higher incomes are, broadly speaking, happier than those who struggle to get by. But dig a little deeper into the findings, and they get a lot more surprising—and a lot more useful.” (http://www.wsj.com/articles/can-money-buy-happiness-heres-what-science-has-to-say-1415569538).

Marjorie and I have nurtured five children, in addition to numerous nieces and nephews. We understand that “it takes a village to raise a child” (African proverb), but in addition to the village, it takes financial capital to raise children in capitalist societies. According to MoneySense.ca, “The average cost of raising a child to age 18 is a whopping $243,660.” Interestingly, the more gifted children are, the more it costs to raise them in an environment in which postsecondary education is vital to their future careers. Furthermore, children with disabilities can also pose a financial challenge for their parents to enable them to cope in a competitive world.

Money may not buy happiness in the permanent sense, but it can help to sustain happiness. Conversely, lack of money relegates the poor and disadvantaged to a life of less than “Optimum” nutrition, health, housing, transportation, education, and employment. Lack of money denies much of the world’s population from participation in extraordinary acts of charity. This inability to give also deprives people of the inner happiness and “joy” as a mutual reward that results from sharing with others.

Marjorie and I have aggregate travel on four continents to underdeveloped, developing, and developed countries. We have seen how the lack of money frustrates and challenges some families and the “financial complacency” of some with an abundant of money. We have seen how happiness takes flight due to poor nutrition, deficient diet, failing health, and inadequate housing and education, underpinned by the lack of money.

The level of frustration varies among peoples and nations. The more affluent societies also appear to have higher levels of frustration and unhappiness due to higher levels of material wants and expectations, but the poor have a difficult existence. The most admired people in our postmodern world are those with an abundance of material possessions. The materially abundant lives of many living in affluent Western societies are associated with a happy lifestyle, but are they essentially happy?

Happiness derived from material abundance poses a challenge to sustain a viable material status, and can often result in behaviors that bring unhappiness. For instance, investment risks, gambling, stressful commutes, long working hours, and absentee parenting can contribute to challenges to sustain material success. Moreover, health, well-being, and family stability could be at risk.

One might postulate that material possessions contribute to happiness for the wealthy. Consider the gift of a four-million-dollar diamond ring to a blushing Hollywood bride; also consider the gift of a five-dollar box of crayons to a dispossessed child in an underdeveloped country. Can any scientific inquiry or observation determine that the Hollywood bride derives greater happiness from the diamond ring on her finger than the dispossessed child with the box of crayons in his or her hands?

Can any scientific research or observation demonstrate that the disproportionate material value of the gifts can translate into disproportionate happiness of one over the other? The parallel relationship between material gifts and expressions of happiness begins at birth with gifts for the newborn. This essential element of the human “happiness equation” is to give and receive, but by extension, to give more than one asks is not merely natural, but a divine command (Luke 12:48). This national and international preoccupation to give and receive gifts at birth, birthdays, marriage, Valentine’s Day, and Christmas Day, and though highly commercialized, contributes to happiness in the world, though temporary.

Religious individuals ascribe the love of God (agápē) as a gift to humanity, which is eternal, absolute, and unconditional, and the value of which is incalculable. When this love (agápē) radiates in our hearts, the universality of humanity becomes a reality, and we begin to experience the same happiness for others that we feel for ourselves.

Many individuals give money because they are wealthy or generous, thankfully, but giving (not strictly money) is a “spiritual” command that is the foundation of the great religions. Generosity is in the human DNA (deoxyribonucleic acid). We have witnessed generosity by poor individuals who give to others less fortunate than themselves —sacrificially.

“From a Christian perspective, the Bible is a vast repository of knowledge to foster a balanced view of money. Jamieson-Fausset-Brown Bible Commentary alerts that “the love of money—not the money itself, but the love of it—the wishing to be rich (1Timothy 6:9)—”is a root (Ellicott and Middleton: not as English Version, ‘the root’) of all evils.” (So the Greek plural).

The wealthiest may be rich not in a bad sense; the poorest may covet to be so (Psalm 62:10). Love of money is not the sole root of evils, but it is a leading “root of bitterness” (Hebrews 12:15), for “it destroys faith, the root of all that is good.” “Keep your lives free from the love of money…” (Hebrews 13:5).  “In everything I did, I showed you that by this kind of hard work we must help the weak, remembering the words the Lord Jesus himself said: ‘It is more blessed to give than to receive.’” (Acts 20:35, NIV).

Our conscience compels us to give, but observably, the general spiritual, mental, social, and physical health, and stability and happiness of disadvantaged people in the world are under greater threat than for the general population.

Paradoxically, being a wealthy person is not a guarantee of spiritual, mental, social, or physical health, or happiness any more than being poor is a guarantee of unhappiness. A debilitating illness can plunge a family into poverty or even bankruptcy, likewise, the loss of employment or failure of a family business.

Ruth Alexander, BBC News, June 198, 2013, Magazine-22935692, points us briefly to some of the enormous challenges that the poor face in daily life. Ruth states:

“Every 15 seconds a child dies of hunger [mainly in the underdeveloped countries], says a campaign by charities urging G8 leaders to pledge more aid for the world’s poorest families—or every 10 seconds, according to the latest version of the slogan. But does this paint an accurate picture? There is enough food for everyone, but not everyone has enough food, says the Enough Food for Everyone If campaign.” (http://www.bbc.com/news/magazine-22935692)

“Happy Money offers a tour of research on the science of spending, explaining how you can get more happiness for your money. Authors Elizabeth Dunn and Michael Norton have outlined five principles—from choosing experiences over stuff to spending money on others—to guide not only individuals looking for financial security, but also companies seeking to create happier employees and provide ‘happier products’ to their customers. Dunn and Norton show how companies from Google to Pepsi to Charmin have put these ideas into action” (http://www.amazon.ca/Happy-Money-Science-Happier-Spending/dp/1451665075).

We often think of money in the abstract, but where does the money come from that we must have to satisfy needs and bring a temporary state of happiness? We immediately think of education as a primary source for the general population. Education (higher education) can be expensive and may pose a challenge for some career options as the age of robots, cobots (collaborative robots), and supercomputers invade some job markets and disrupt the employment marketplace.

The paradox of this advancing need for new technologies to evolve the information age is the overshadowing of the critical need for “humanity” and “spirituality” in the “age of anxiety.” “In 2012, about 3 million service robots for personal and domestic use were sold, 20% more than in 2011. The value of sales increased to US$1.2 billion” (World Robotics 2013 Service Robots, (http://www.worldrobotics.org/).

Notwithstanding, you can help to increase your “Happiness Index” (HI) by increasing your education, which is the gateway to better career choices, better employment prospects, and higher financial compensation. Other sources of money include creativity, innovation, invention, real estate investment, and inheritances. Unfortunately, there are those who live by “chance” with expectations of lottery winnings.

The twenty-first century has ushered in economic uncertainty for many households, both wealthy and poor. Businesses large and small face financial challenges as well. Some companies reduce production and downsize their corporations to help manage economic uncertainty. Some families (wealthy and poor) are better able to overcome some of the situations that unhappiness can cause. Others rely on their religious beliefs and their inner “spiritual circle” to enable them to cope in times of economic challenges.

Marjorie and I provide the following ten nonreligious and religious principles that have guided our decision-making in times of economic challenges and as a regular practice.

Although there are many ways of coping with economic challenges, from nonreligious and religious perspectives, many families, including ours, have experienced sporadic economic challenges. We have embraced both aspects because together they are more potent than embracing one or the other. One might surmise that they comprise both intellectual and moral perspectives.

The reality that faces wealthy and poor is that neither one is any more capable of buying good health when confronted with a catastrophic illness. Widely knowledgeable individuals are aware that a mentally and physically rested healthy body is synonymous with a clear mind and a happier predisposition. Other non-monetary attributes are equally empowering such as attitude and gratitude for life.